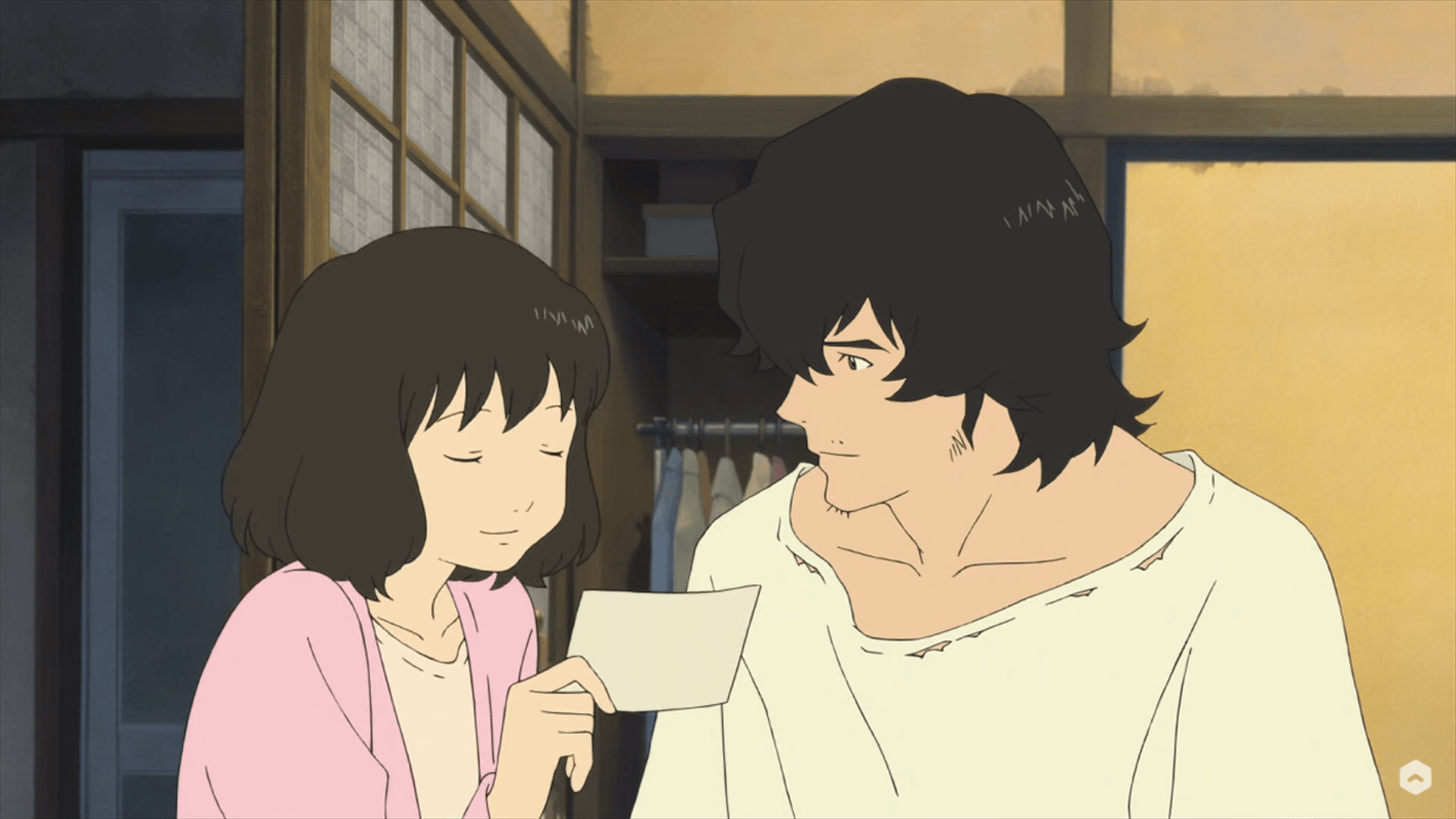 Kurosawa's screen wipe. The Kubrick stare. Characters talking to the mirror in Scorsese films. Every great filmmaker has their signature — a technique or motif that becomes a recurring feature of their films. Sometimes this signature is so strong and recognizable that you can instantly tell whose film it is even if you went in uninformed.

On this day, with the birthday of my all-time favorite anime director Mamoru Hosoda giving us reason to celebrate, I start to wonder what his signature is. There is a certain quality to Hosoda's films that makes them so distinctive. What is it that tells me I & # 039; m watching a Hosoda film? Is it the dialogue-free sequences set to classical music that convey so much with not a word spoken? Or is it the ending montage set to a soulful ballad? These are all, undoubtedly , part of the Hosoda signature.

Or are they? Hana is mother to a pair of werewolves. Makoto can go back in time. Kenji is at the center of an international hacking conspiracy. And so on. It is safe to say that these are situations that none of us have experienced It's not every day that a satellite hurtles toward your home. Time travel, virtual worlds, beast people — Hosoda seems to paint all his films with a touch of the fantastical. 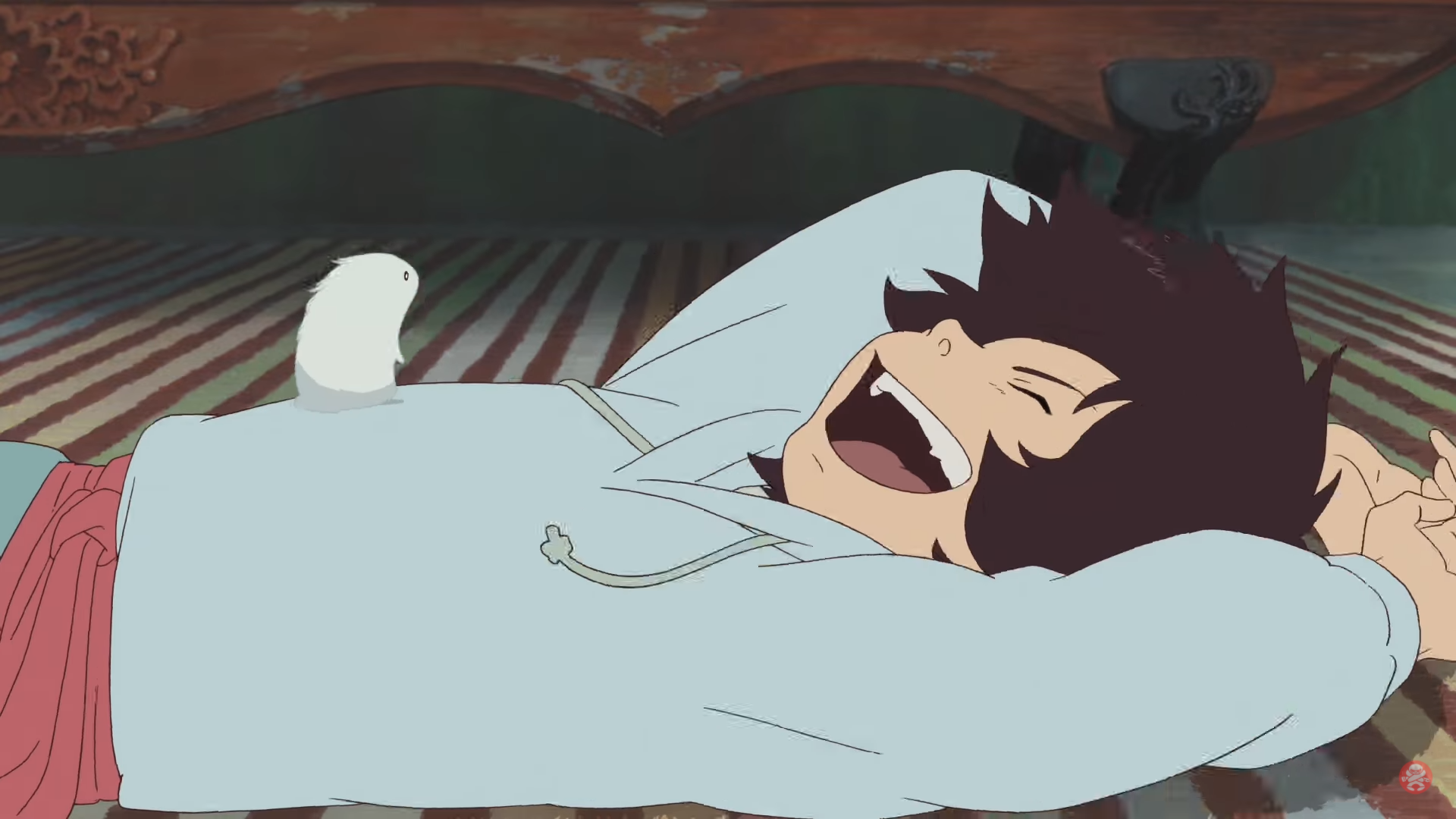 And yet, if you asked me to describe Hosoda ’s work with a single word, the word I ’d choose would be “realist.” In interviews, Hosoda has spoken about how each of his films was inspired by personal events: Summer Wars by his marriage, Wolf Children by his mother ’s death, The Boy and the Beast by his becoming a father, Mirai By the birth of his second child. That personal touch really shows. There is a very grounded aspect to all of his films. And nowhere does that groundedness show itself more than through his characters, the ordinary people I just mentioned.

My first taste of the Hosoda experience was very appropriately with his standalone debut, The Girl Who Leapt Through Time, in which a schoolgirl suddenly acquires the power to “leap” through time. From the first few minutes, I was thoroughly engaged. And not because of the premise — time travel is a rather well-worn concept in fiction, after all. We are accustomed to time travel stories having a generally grim tone like, it was something else. On a recent rewatch, I realized what it was, that quality of the film that gave it such charm. Edge of Tomorrow or 12 MonkeysNot the case here. The first thing Makoto does is retake an exam. She repeatedly visits a karaoke bar, to extend her time there. She avoids an awkward confession. I was laughing, yes, but I was also pointing at the screen and saying “that's me!” That's totally what I'd do given such powers: do silly things with it. It's a very normal, ordinary thing to do. And it works because Makoto is an ordinary person. 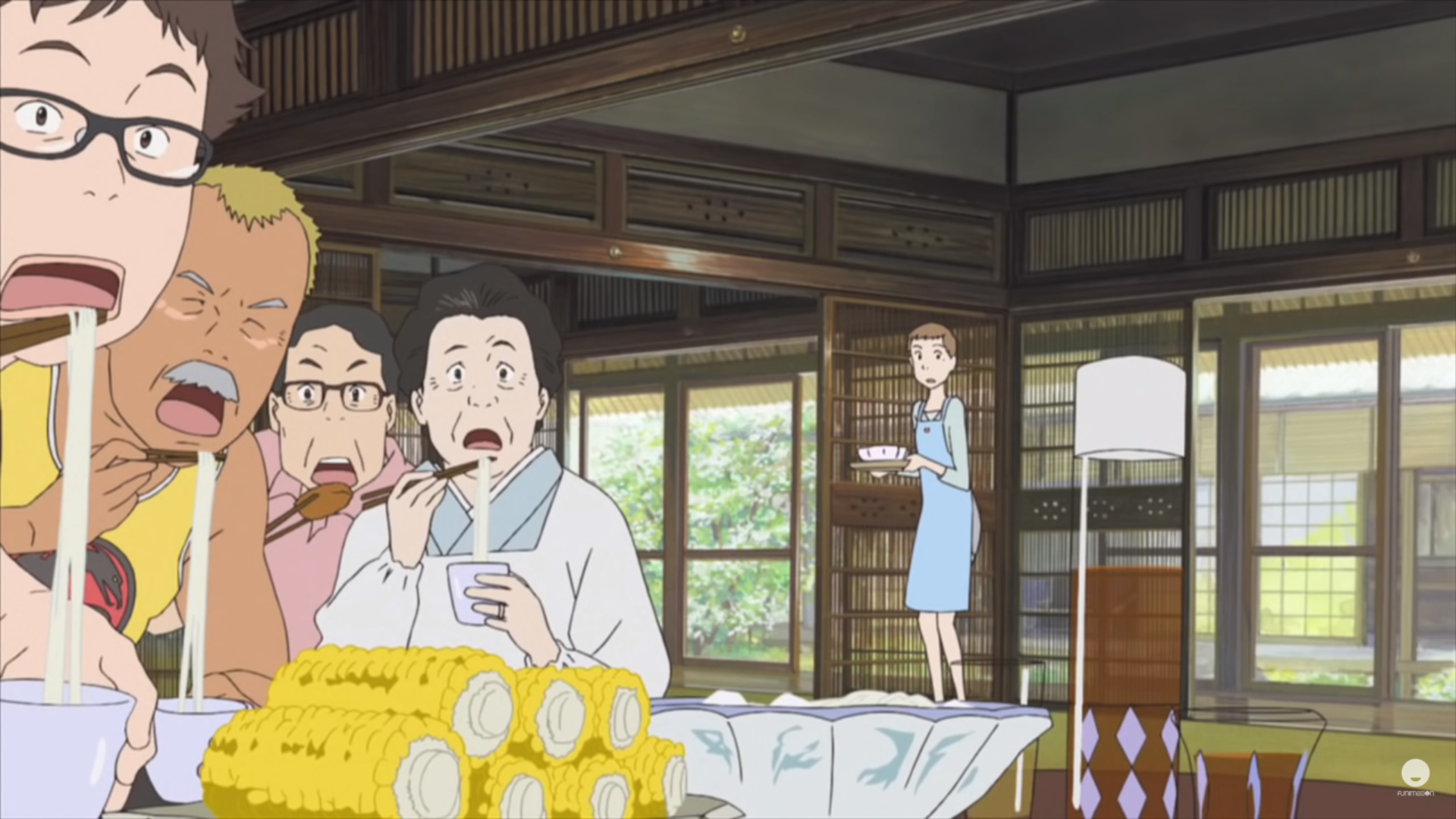 Summer Wars is the story of a shy tech wizard whose summer holidays take a turn for the bizarre after visiting his crush's family estate, thanks to the hacking of an online virtual world. Compared to the simplicity of the earlier film, this sounds outlandishly over-the- top, right? But for me, it was even more relatable. It was like the perfect coming-together of two worlds I belong to in real life. I currently live in a massive metropolis, famed for being the sleepless tech capital of the nation But my mother comes from a smaller, slower town further to the north. We often visit our relatives there — a fun bunch, not unlike Natsuki's nutty extended family. My urban sophistication may clash with the country humor at times, but never have I felt like I didn't belong there. I felt all of this come rushing back as I watched Kenji (the preferably shy boy) slowly become yet another member of Natsuki's family. It felt so natural, so real. Despite the madness of the events happening around them, the characters all felt very human and relatable. Very ordinary..

But what would this article be if I did n’t talk about Wolf Children — My all-time favorite movie, anime or otherwise? Never would I have expected that a film about werewolves would go on to become the finest I'd ever watched. Every rewatch ends with me in tears. And ultimately what makes me connect with this movie so much is the very ordinary-ness I've been speaking of all along. Half-wolf these children may be, but I'd be lying if I said they weren't the most accurate children I've ever seen in film. There is a tendency in media to portray children as adorably flawless. This fits into our ideals And so it is with these wolf children. They are hungry little gremlins who spill. Of what children should be, or what we want them to be. But children are wild free spirits, who care not for what we dusty old adults think of them. food, puke on the carpet, break things, and even chew books (voracious readers, it must be said). As they grow up, they have problems and conflicts as messy and complicated as those of any adult. In short, the film treats kids with the respect they deserve. Neither are they perfect little angels nor are they mere annoyances. They're just people like you or me. Ordinary people.

Ordinary people caught up in extraordinary situations' is probably the best way to describe Hosoda's films. More than anything else, it's his signature. And it's a theme that works ever so well. From commenting on ideological clashes to delivering relatable human drama, Hosoda's films have it all. And it's all thanks to these ordinary people at the center of his stories.

Happy birthday to you, sir.

Who is your favorite Mamoru Hosoda character? Let us know in the comments!

Last month we got our first look at Jump Force's latest ruthless Jump villain, Meruem from Hunter x Hunter. Now Bandai Namco has confirmed a fall release for the Chimera Ant King, who will be available on his own for $ 3.99 or as part of the $ 17.99 Character Pass 2. Check out Meruem...

Were you able to snag a PlayStation 5 pre-order sometime after Sony's showcase presentation last Wednesday? Sony initially announced plans to kick off pre-orders the following day, but retailers were keen to start right away, with everyone from Walmart to Target, Best Buy, GameStop, Amazon, and more going live unexpectedly with pre-orders almost immediately. As...