New Doraemon Manga Collection Is Made to Last a Century 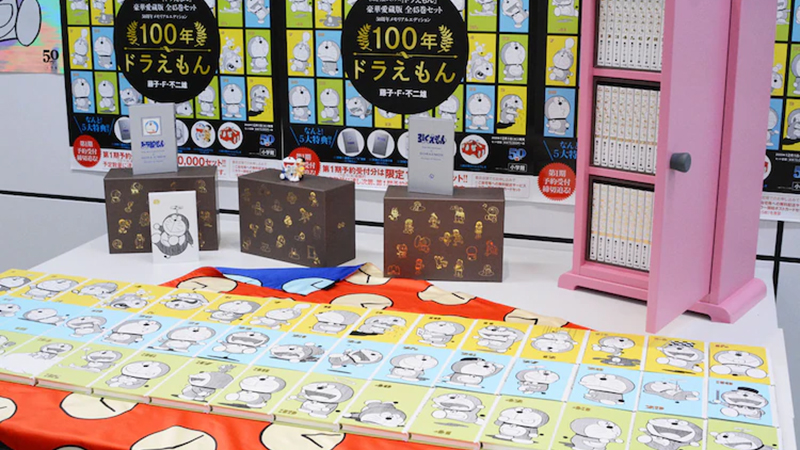 Doraemon Is a manga for the ages, and a team of editors amd graphic designers has just completed a new collector's edition set that makes sure it stays that way.

The previously-announced 100-Year Doraemon manga collection celebrates 50 years of the classic series in 45 volumes.The desire was to create a set of books that could survive into the 22nd century–the original era of Nobita's grandson and Doraemon. To that end, special effort was put into making the books durable against both age and wear. 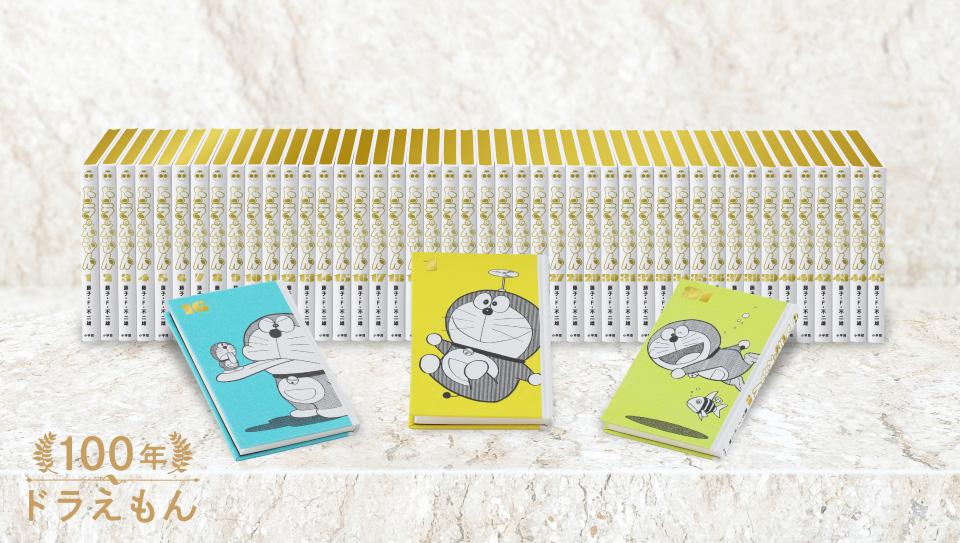 The set was overseen by celebrated graphic designer Naoko Nakui and members of Shogakukan Doraemon Room.Each hardcover is specially bound to lay flat, and features remastered interior art.The covers are also designed to withstand spills, in case a child spills water or juice while reading.

More than 7,000 copies of the set have already been pre-ordered. Buyers will get bonuses including the Doraemon Dictionary, an artbook, a deluxe "Volume 0," an oversized furoshiki, And an adorable figure of Nobita and Doraemon:

Buyers also have the option to pick up the "Anywhere Door" shelf: a bookshelf shaped like Doraemon's spacetime doorway, perfectly sized to fit the collection's 45 volumes:

The completed 100-Year Doraemon was shown to the press today, but there's stll a ways to go until it arrives in fans' homes. Preorders for the first wave are open until August 31, or until 10,000 sets have been sold.The final set in the first wave will be delivered by December 31, 2020, after which a second run of 10,000 will go on sale.The set itself is 77,000 yen including tax.

The life of a big time adventurer starts small in a laidback new trailer for Suppose a Kid from the Last Dungeon Boonies Moved to a Starter Town (known in Japan as Tatoeba Last Dungeon Mae no Mura no Shounen ga Joban no Machi de Kurasu You na Monogatari, Or "LasDan" for short), an upcoming TV...