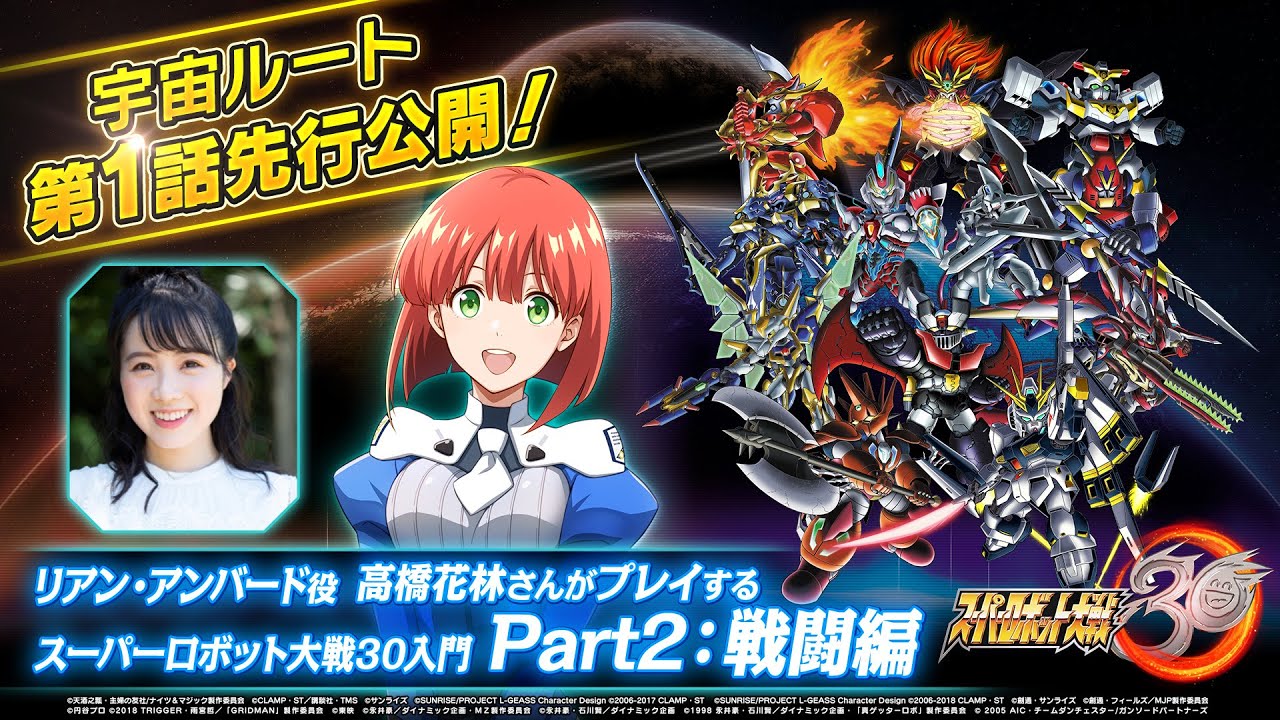 Whether you're an old hand at Super Robot Wars Or preparing for your first adventure in its mecha multiverse, Bandai Namco's latest preview video will prepare you for the battle ahead.

The new vid previews combat for Super Robot Wars 30, the series's anniverary title and its first global release (outside of the non-crossover Original Generations Games). Your guide is, appropriately enough, game warship chief operator Lian Anbird — or, rather, her voice actress Karin Takahashi. You'll get a look at Lian and other game-original characters in the footage, which kicks off with an appearance from Üso Ewin and Haro from Mobile Suit Victory Gundam..

Long-time players will notice that things are effectively the same from an operational standpoint — right down to that music letting you know a second wave of baddies has arrived. The screens have gotten a nice upgrade, making all your fighters' stats easily visible. For new players, it's a good look at the top-down tactical system, how you can size up your enemies before sending your robots after them, and how attacks translate into cut scenes.

Survivor Slaughter: Which web novel do you want to read as manga?

We have 10 semi-finalist novels from the MAL x Honeyfeed Writing Contest waiting for your vote! Try them out and let us know which ones you want to see brought to life as published manga. MyAnimeList is collaborating with Honeyfeed to help aspiring overseas novelists realize their dream of being published—and debut with their very...

On October 9, long-running series Lupine the Third Said farewell to the final member of its original generation. 88-year-old Kiyoshi Kobayashi Stepped down from the role of Daisuke Jigen in last week's "Episode 0." Fans are calling the episode — which runs the gamut from emotional one-on-one talks to explosive shoot-outs — a fitting tribute...