We’ve got all the details and lots of photos to share from the world’s largest anisong event!

The world’s largest anisong event, Animelo Summer Live 2019: Story, was held from August 30th to September 1st at Saitama Super Arena. First held in 2005, this year was the event’s 15th memorial festival. In celebration of its anniversary, the number of artists and audience members were the biggest in its history.

One-day passes, which cost 9,200 yen (approx. 90 US dollars) were sold out immediately after their release in late June. The total number of attendees across all three days reached 84,000, and there were 141 artists from 59 groups participating in the event. On average, nearly six hours of exciting live performances were held each day, and it seemed like many fans had purchased three-day tickets to attend.

20 artists performed on the first day. First, three songs from Kemono Friends were played. It was a lively show befitting of the opening, as it raised the spirit and expectations of the whole crowd.

Suzuko Mimori, who is known for anime roles such as Umi Sonoda from Love Live! School Idol Project and Mimori Togo from Yuuki Yuuna wa Yuusha de Aru, has been performing at this event for 10 consecutive years. She belted out four songs, including the second ending theme song of Diamond no Ace, “Glory!”, with Masayoshi Ooishi.

Sayaka Sasaki sang three songs from Girls & Panzer. The anime is quite popular in Japan, and the popularity is partially sustained by fans who visit places depicted in the franchise on pilgrimages called “seichi junrei.” 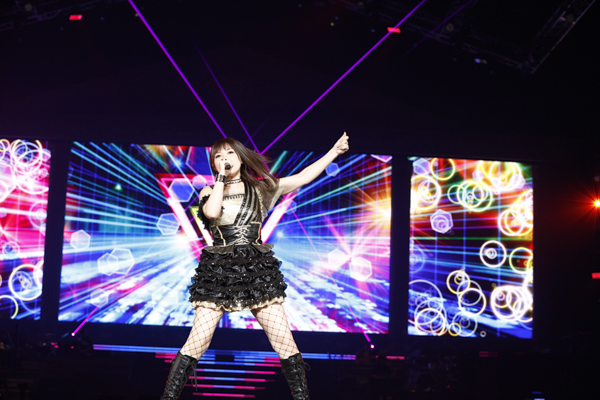 Konomi Suzuki, a veteran singer and voice actress who won the All-Japan Anison Grand Prix in 2011 at the age of 14 rendered four songs solo. One of them was “This Game,” the opening theme song of No Game No Life.

Roselia sang “Brave Jewel” from the second season of BanG Dream!. As the popularity of BanG Dream! grows, Roselia are definitely among the top up-and-coming artists in Japan.

Masayoshi Suzuki, who sang “Love Dramatic” from Kaguya-sama wa Kokurasetai: Tensai-tachi no Renai Zunousen, is known nationally for his love songs and ballads. This was his first anisong, thus he is considered the biggest rookie to an Animelo Summer Live. The performance also featured Sphere, an all-girl idol group.

21 artists performed on the second day. Many of the theme songs were from popular anime works. 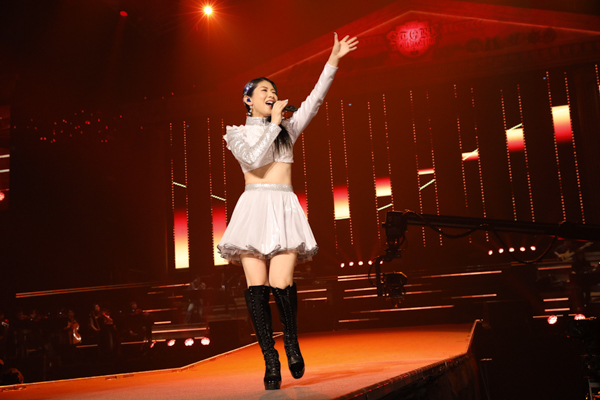 Tasuku Hatanaka, the voice of Yuuma Tsukumo from Yu☆Gi☆Oh! Zexal Second, sang the opening theme of Konjiki no Gash Bell!! 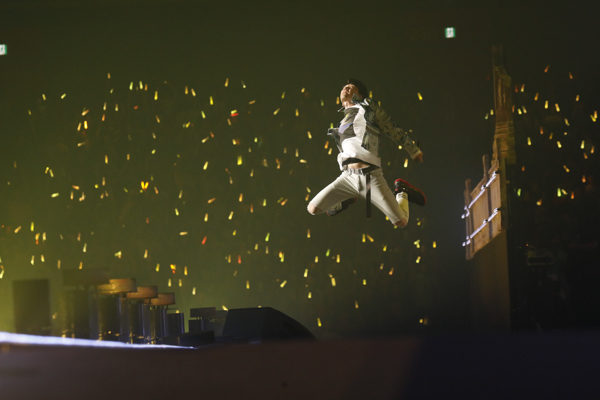 Minori Suzuki made her appearance on Day 2 too, where she sang Ramen Daisuki Koizumi-san‘s opening theme, “Feeling Around”.

It was followed by a duet from Yuiko Oohara, who sings the theme song for Karakai Jouzu no Takagi-san, and Rie Takahashi, who plays the role of Takagi-san. 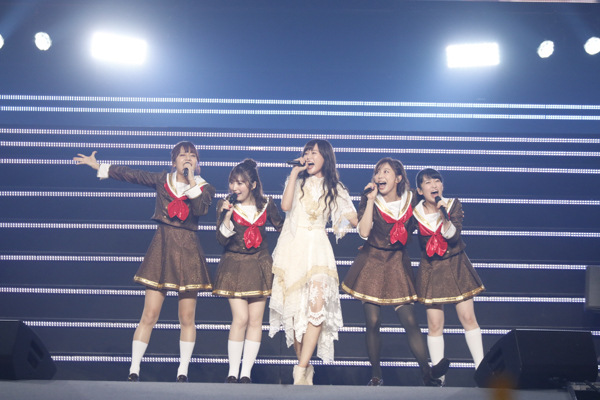 The next pair of surprise guests, Aira Yuuki and Minori Chihara, continued with songs from Violet Evergarden.

When Love Live! Sunshine!!‘s Aqours showed up as the last act of Day 2, the crowd was elated. Their performance, while clad in the same costumes as the characters, was well received. 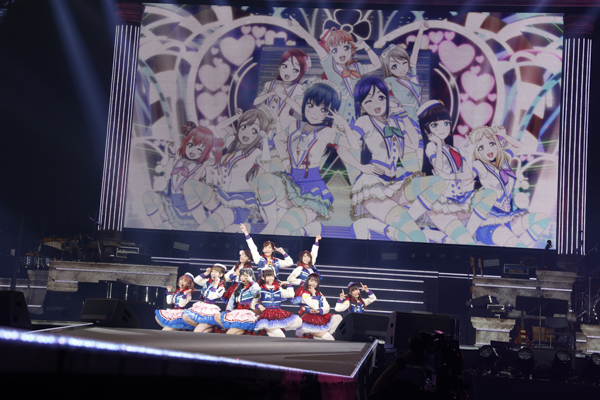 Then, on the last day, the excitement of the crowd reached its peak because the surprise guest was someone no one would’ve guessed: Houkago Tea Time from K-On! Screams filled the stadium and pen lights were swung wildly during “Don’t say ‘Lazy'” and “Go! Go! Maniac”. Even 10 years after the broadcast ended, K-On! still has dedicated fans. 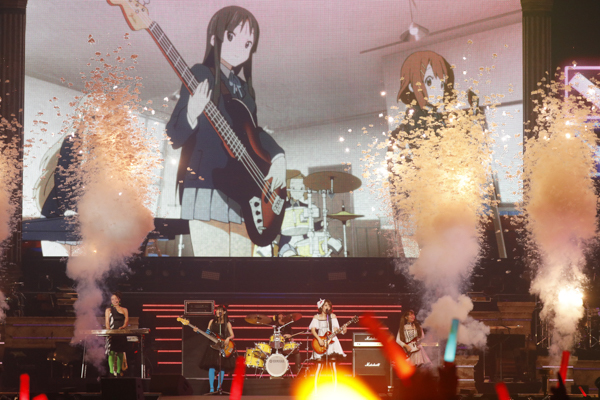 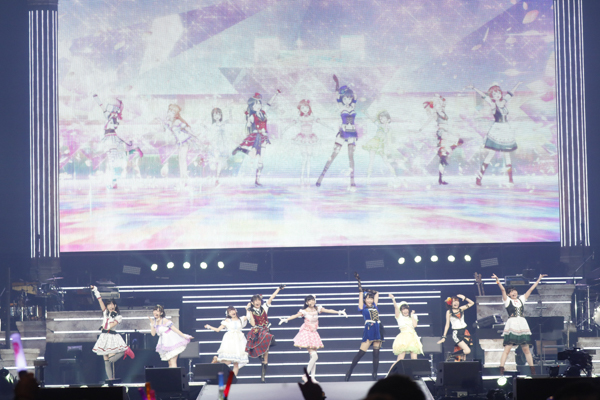 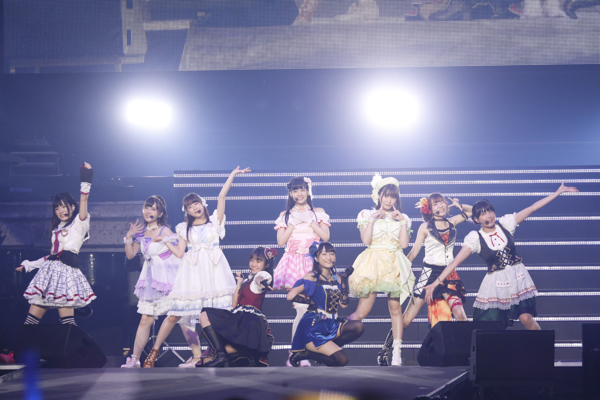 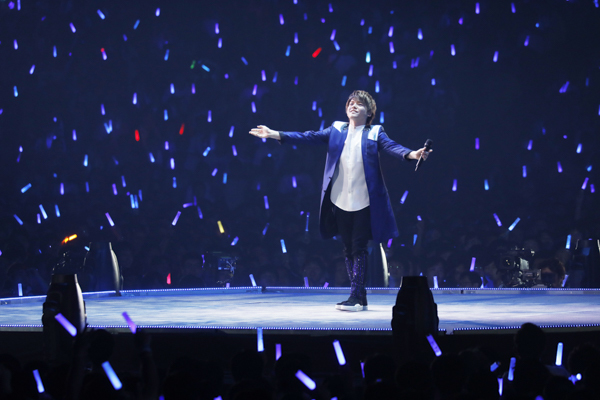 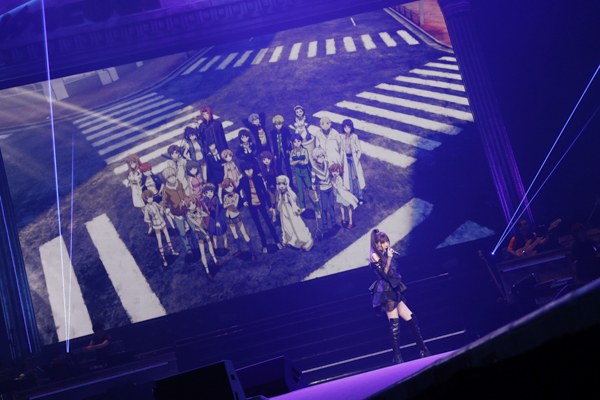 The very last act in the three days of Animelo Summer Live 2019 was Eir Aoi, who sang four songs including opening themes from Kill la Kill and Sword Art Online. You could call her the reigning queen of the anisong world.

Potato snacks for all! – MyAnimeList.net

The official Twitter for Houbunsha’s Manga Time Kirara magazine group announced today that Norimitsu Kaihou (story) and Sadoru Chiba (art)’s moe-survival manga Gakkou Gurashi! / SCHOOL-LIVE! will end its serialization in the next January 2020 issue of Manga Time Kirara Forward to be released on November 22, 2019.   The manga has been serialized in...