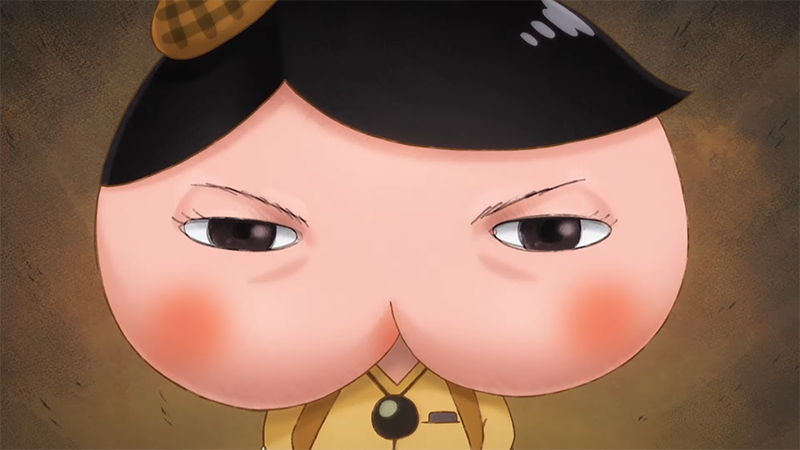 After several short film outings over the last few years, beloved children's book sleuth Butt Detective Is preparing to let a big one rip — that is, a full-length animated feature film.

Based on the book series penned by the author / illustrator duo known as Troll, Butt Detective Has just closed out its fifth season. The title character — a brilliant detective whose head is indeed a butt — has been a regular player for three years in the annual Toei Manga Matsuri, a film festival showcasing popular titles in both long and short form.

Here's our first look at the feature film, showing Butt Detective and his sidekick Brown in what looks to be a harrowing battle. We'd say more, but it speaks for itself.

And that's all we have so far. There's no title, no story, just a scheduled release date of March 2022.Keep an eye out for further updates on the project.

We're less than a week away from the North American launch of Neptunia x SENRAN KAGURA: Ninja Wars, which hits PS4 on October 26, followed by a release in Europe on October 29. The latest from Idea Factory International is an'Extreme Gameplay Trailer,' which starts with some action and boss battling before moving on to...

Macross Plus Movie Edition Makes US Debut in Theaters This December

Image: Amazon Prime Video Fathom Events has something big in store for anime fans later this year. Macross Plus Movie Edition will make its US premiere theatrically this December, with tickets going on sale soon via the official website. There are currently English subtitled screenings planned for Tuesday, December 14. The 1995 feature is the...