Go Back to Shop All CategoriesAnime Otaku NewsBest Anime MoviesCategorized
HomeBlogAnime Otaku NewsFEATURE: A Brief History of Superhero Anime, From Astro Boy to My Hero Academia

Though superheroes are more often associated with western comics and, these days, multibillion-dollar movies, they also have a long, rich history in Japan. In fact, some of the most popular superheroes — like Astro Boy and Sailor Moon — come from anime. Superheroes have thrived in Japanese media for decades. Let’s take a deep dive to see how we got from 17th-century Japanese theater to My Hero Academia and beyond!

Japanese Theater and the World’s Most Iconic Heroes 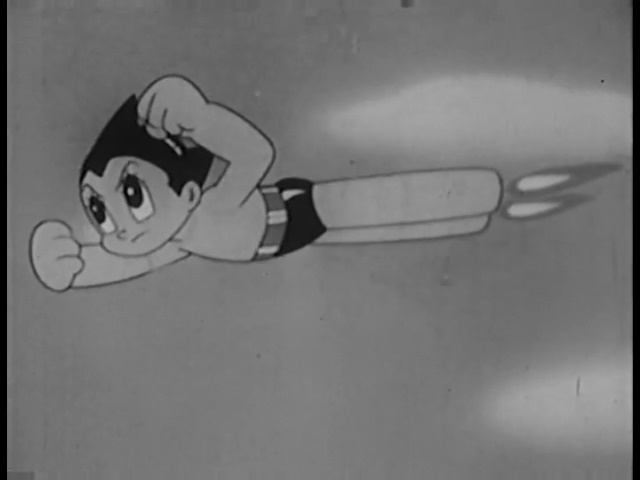 Japan’s depiction of superheroes has its roots in various forms of live theater. First there's Kabuki, which dates as far back as the 17th century. Kabuki is known for its elaborate costumes, music, and dance, serving as a vehicle for actors to express the range of their performances. Next is Bunraku, a style of traditional Japanese puppet theater from the 19th century that's credited for innovating special effects with its depiction of monsters and robots. We can see elements of Kabuki and Bunraku in superhero anime today with the powerful poses, fight choreography, and the overdramatic attacks of nearly every protagonist who shouts their move before doing it. However, Japanese theater also has a more direct impact on the genre.

The 1930s saw the introduction of Kamishibai, a form of popular street theater where a narrator would tell a story with correlating illustration boards that changed as the story progressed. This would go on to form parts of modern manga's DNA such as the large eyes used to express emotions and ending on cliffhangers to leave fans eager for more. One of the oldest superheroes, if not the oldest superhero, Golden Bat, originated in this form. Created in 1931 by Takeo Nagamatsu, the character didn't look much like a hero (many reports say he looked closer to Red Skull), but he shared a lot of similarities to Superman and predates the Man of Steel by two years. The red cape. The ability to fly. He even had his own Fortress of Solitude — though it wasn't actually called that.

Golden Bat would go on to have various adaptations whose tropes would be seen throughout Tokusatsu productions. Tokusatsu, literally meaning "special effects," is a form of Japanese film/TV drama that relies heavily on exaggerated drama. As you may have guessed it's time to bring up 1954’s Godzilla, which combined groundbreaking special effects and puppetry while, beneath the surface, telling a story that explored social and political themes. Tokusatsu eventually made its way to television with a distinct focus on superheroes, the first Tokusatsu superhero series being 1958's Moonlight Mask. Here, the crime-fighting masked hero kept his identity so secret that even the viewers never got to see who he was. The show saw massive popularity and proved the potential of superheroes on Japanese TV alongside Osamu Tezuka’s Astro Boy, which began as a manga in 1952 and got its first adaptation as a live-action Tokusatsu series in 1959. Tezuka created the series to help kids imagine a better future after WWII, leading to one of the most influential properties of all time. Stories like Astro Boy, and even Godzilla, showed how these adventures could have a much deeper meaning.

The Renaissance of Japanese Superheroes 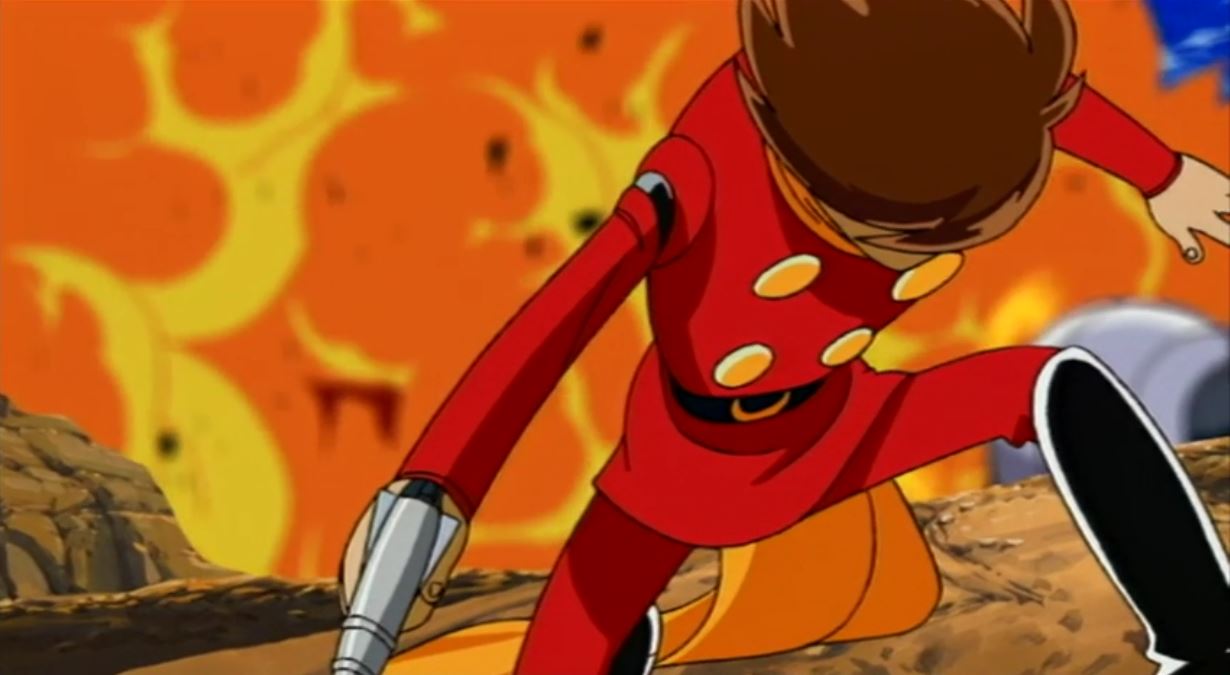 Japanese superhero media arguably owes its renaissance to Shotaro Ishinomori. Ishinomori created three staple superhero franchises: Cyborg 009, Kamen Rider, and Super Sentai — which many know by its American-spliced footage adaptation, Power Rangers. Cyborg 009 came first in 1964 and established the superhero team dynamic that included matching uniforms, collectively themed powers, and those chunky belts that triggered transformations. Around the same time was the Ultra Series, originating in 1966 with Ultra Q. Ultra Q did not have heroes fighting monsters and, instead, showed how different monsters impacted the people they came across. The superhero element came later that year with Ultraman, which focused on a science patrol team investigating and combating monsters, one of their members being able to turn into a giant alien hero. Ultraman and its various incarnations — alongside Ishinomori’s next creation, Kamen Rider — would further create the language of Tokusatsu superhero series. Originally intended to be a television adaptation of Ishinomori’s Skullman manga, the character was redesigned as a superhero who would further lay out the tropes of Japanese superheroes with his iconic design aesthetics.

Just as important as Ishinomori’s creations was Toei’s Spider-Man. These days we're used to seeing Japan's takes on western heroes with the likes of Marvel Disk Wars: The Avengers, Batman Ninja, and we've even seen Japanese-American productions like Netflix’s Super Crooks. 1978's Spider-Man was a surprise that gave Spidey something that would take the Tokusatsu world by storm: a giant robot to operate. This gimmick was so successful that Toei (and others) began using it for nearly every Tokusatsu superhero series.

The Power of Magical Girls 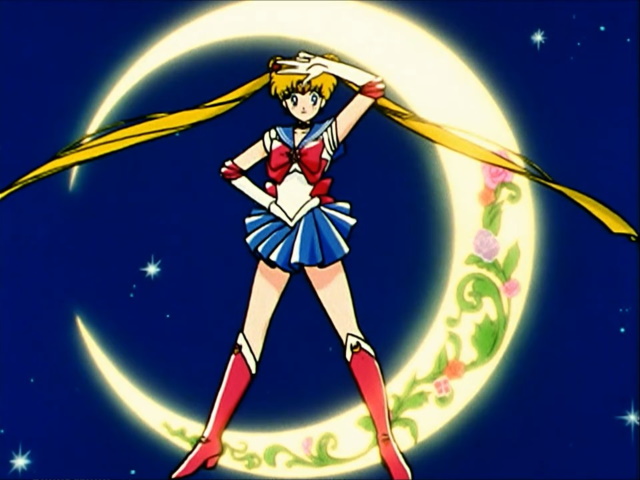 RELATED: Let's Celebrate The Impact Of Toonami On Anime On Its 25th Anniversary

Everything up to this point led to the superhero anime boom around the ‘70s that continued into the ‘80s. This is when we got shows like Gatchaman, Cutie Honey, and Saint Seiya. The ‘80s also saw the rise of magical girls, who are arguably the biggest source of superhero content in anime.

Though magical girls existed before with anime like Sally the Witch and the aforementioned Cutie Honey, Sailor Moon revolutionized the genre by pulling from Tokusatsu and embracing more theatrical elements like transformation sequences, striking a pose, and delivering a speech every battle. Sailor Moon’s popularity led to other magical girl series following the formula. From Cardcaptor Sakura (who had a new outfit each battle) and a series that would go on to be one of the biggest superhero anime franchises of all time: Pretty Cure.

Elements of American superheroes made their way into various shonen series from the ‘80s to the 2000s — the reveal of Goku being a Saiyan in Dragon Ball Z is oft compared to Superman, for example. While heroic in their own way, shonen protagonists are distinctly different from the kinds of superheroes being discussed here. Magical girls retained classic superhero elements like secret identities, team poses, costume changes, and the theatrics that helped shape the genre. Entering the 2000s, Kamen Rider and Super Sentai were thriving, but in anime, it was the likes of Tokyo Mew Mew, Ojamajo Doremi, and various Pretty Cure incarnations keeping the superhero genre alive.

The Modern Era of Anime Superheroes 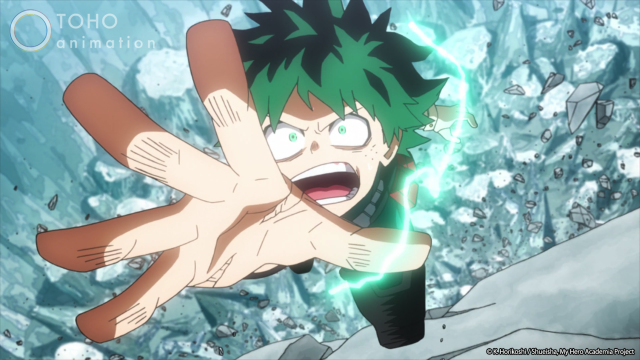 In the 2010s, superhero movies began their modern rise with Iron Man and other early films of the Marvel Cinematic Universe. Anime soon followed suit with more direct superhero stories like Tiger & Bunny, One-Punch Man, and, of course, My Hero Academia. The 2010s also saw a lot of contemporary superhero anime like Tokyo ESP and Darker Than Black, wherein all the elements of western superhero comics are present save for the costumes and secret identities.

My Hero Academia is perhaps the most important example of superhero anime in the modern era. It borrows more heavily from western superhero comics than any other series. More crucially, it combines the two most popular comic genres in the US and Japan: superhero and shonen — a marker, perhaps, of the future of superhero anime. Even classics like Dragon Ball Z have embraced the genre with Dragon Ball Super: SUPER HERO which sees Gohan and Piccolo face off against the Red Ribbon Army’s superhero-themed androids, Gamma 1 and Gamma 2.

Combined with the continuation of One-Punch Man and the ongoing success of My Hero Academia, superheroes have a history in anime, a history that will, without a doubt, continue on into the future.

Sean Aitchison is a writer and researcher from LA who watches too much anime and knows too much about Sonic the Hedgehog. Follow him on twitter @Sean8UrSon for his work and listen to his podcast, Sonic Podcast Adventure (@SonicPod).

Whether you've had a chance to watch the first episode of Pop Team Epic season 2 yet or not, it's definitely worth taking a moment to watch clean versions of the OP and ED. The KING AMUSEMENT CREATIVE YouTube channel shared non-credit versions of the opening and ending themes, including Shouta Aoi's incredible tokusatsu-style...