Go Back to Shop All CategoriesAnime Otaku NewsBest Anime MoviesCategorized
HomeBlogAnime Otaku NewsFEATURE: How To Your Eternity Teaches Us the Importance of Life & # 039; s Little Moments

FEATURE: How To Your Eternity Teaches Us the Importance of Life & # 039; s Little Moments 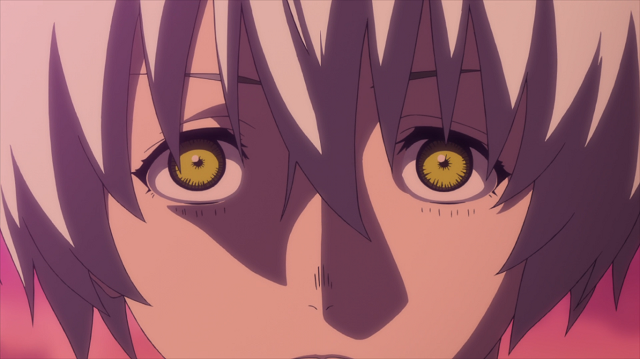 2020 was a year of almost universal hardship, and I myself experienced much of the grief firsthand. Around the very beginning of the ongoing coronavirus pandemic, a dear relative passed away from the disease in a loss that shook my entire family to its core. And even as we approach a turning point in the pandemic where we can all get vaccinated (I received my second Pfizer dose late April), another of Traversing a year of strife and anxiety hasn't been easy, but it has taught me some very important lessons. But I couldn't really put words to that experience. At least, not until I watched the first episode of To Your Eternity.

If you have n’t checked it out yet (and you really should), To Your Eternity was one of the spring 2021 season's most anticipated anime. In this emotional sci-fi epic, an omnipotent being sends an orb down to Earth. Having no form or identity, its only goal is to observe the world around it. Over the course of Its seemingly infinite lifespan, it begins to take on different forms and accrue information in order to better understand its surroundings. Eventually, the Orb comes across humanity and civilization and begins to learn even more.

There is no shortage of heart-wrenching narrative depth in To Your EternityThe first episode is already wrought with tragedy and drama that doesn't pull any punches. The scene that truly made an impact on me was the very first when the Orb took on its first living form. After spending some immeasurable time as a rock and moss subsequently, the Orb comes into contact with a dying wolf and undergoes its transformation.

I felt so much gravity behind these deceptively simple actions, this onslaught of firsts for the Orb. Its first sense of consciousness, its first clumsy steps, its first sensation of pain. Watching the Orb have all these new experiences felt so raw and scary and absolutely spellbinding all at once. In less than two minutes, To Your Eternity As a living being, the Orb observed life and pain and the sensation of its surroundings, even if they held no meaning for it at first.

These little actions — walking, feeling, knowing — held so much grandeur and emotion that I was overwhelmed to tears. I could feel the weight of each step it took learning how to walk, the stinging of its first wound, and its senses being assaulted By harsh snowfall and unforgiving winds. As it began its journey of observation, the world was already unkind to it. But it still went on to make its first friend and learn kindness and loss. It walked and learned and felt, and something inside me By the time the episode ended, I had found something more than just a pitch-perfect pilot. Those moments of tiny growth and gradual change served to exemplify a lot of what I'd been going through up to that point.

I fired up To Your Eternity I was waiting to hear back on a loved one's test results on a medical condition that cropped up as they grapple with an ongoing illness. Tensions were high, and as I waited to hear how they were, I took a lot of time within the day to relish every moment I shared with them. Be it birthdays or dinners or even just watching TV, I knew exactly how precious my time with them was and will continue to be as they fight the good fight . It was that mindset that made the pilot for To Your Eternity so important to me.

Because in the end, the little things mean so much when you add them all up. I had to learn that the hard way, but it's something I won't ever forget. I do what I can now for myself and the people I love , and even on the worst days, I try to remember that everything I do has a little meaning to it. To Your Eternity helped me solidify this little lesson. And as Fushi learns and grows and presses forward through the highs and lows of its existence, maybe we can too.

Are you keeping up with To Your Eternity? Which part has struck the biggest chord with you so far? Comment below and tell us your thoughts!

Carlos (aka Callie) is a freelance features writer for Crunchyroll. Their favorite genres range from magical girls to over-the-top robot action, yet their favorite characters are always the obscure ones. Check out some of their pop culture pieces on Popdust And Looper As well as their satirical work on The Hard Times..

It's going to be a little while Until we get to see the sequel to the live-action KakeguruiBut if you're in need of a little something from the gambling-centric series, you're in luck: a new four-minute trailer shows off some of what's to come, including moments from the film's terrifying game of chance. Kakegurui the...

Ever wanted to play a role in the mystery of Hinamizawa? (Minus the whole curses and getting killed thing, of course.) An upcoming murder mystery event will let players take on the roles of characters from the world of Higurashi When They Cry To tackle a brand new story. Titled Murder Mystery: Higurashi When They...