FEATURE: Only Subaru Could Have Saved Beatrice 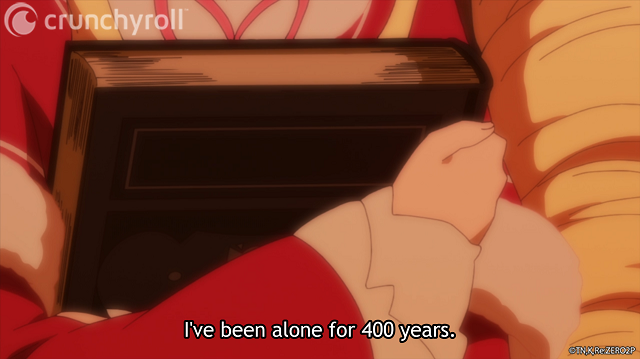 It's been a while since we met Beatrice in Re: ZERO -Starting Life in Another World-She doesn't leave her magic library, she doesn't like visitors, and most of all, she's as stubborn as they come. That's why. , after all this time, seeing Beatrice finally come out of her library of her own free will for the first time feels so shocking. Not to mention, the previous loop where Subaru got her out ended pretty badly. So how did we end up in a timeline where Beatrice is finally able to step outside, ready to face the world?

The answer includes the entire story so far: Subaru's journey itself led to this very moment.

Subaru is no stranger to isolation or idolization. He put all of his self-worth into how other kids perceived him, and in trying to be as successful and respected as his dad, acting out in an increasing need to impress others. This need to feel accepted drove him, ironically, to alienating himself from the people he tried so hard to please, isolating himself until he is a shell of a person. Though he is more outgoing in Lugnica, his need for acceptance — his admiration for and desire to be more like his dad — was never resolved. He brought that baggage with him, acting out to impress Emilia, who he initially holds in similar regard to his father, a perfect person whose acceptance he values ​​more than his own life.

Beatrice's life has followed a strikingly similar path. Having been created by Echidna, Beatrice considers her as a mother and is unendingly devoted to her. She had a friend in Ryuzu, who Beatrice feels she failed by not stopping Ryuzu from using her life to create When Echidna tells her to stay inside the Forbidden Library and protect Echidna's accumulated knowledge for what could be forever, waiting for an unknown person to appear, Beatrice doesn't question it for 400 whole years. No one else could live She expresses that loneliness by acting cold toward others, keeping up to the admiration she has for her mother, of course, so she spends that time driving others away, even her "brother" Puck, as the loneliness grinds down her will to live. ironically, like Subaru, she values ​​the acceptance of others — most notably, Echidna, who she idolizes to a dangerous degree — more than her own life. In her own words, she considers herself a failure.

Unlike Beatrice, Subaru got a second chance with his new life in Lugnica. Not that it was immediately a positive change. As noted, his drive to please others initially leads to him having an unhealthy relationship with Emilia. Return By Death allowed him to avoid But Subaru's adventures, having literal death as a consequence of his actions, being able to drive himself to that point over and over again was arguably worse, as it sent his mental health down a dark path, endlessly subjecting himself to the worst possible outcomes. and especially his time spent with Rem, taught him an invaluable lesson — wanting to help others is admirable, but he can't truly help anyone until he loves and respects himself first. Visiting his parents again, even in the false world of the Trials , helped him solidify this mindset, as he got to have a dialogue with the people he respected the most and realized they didn't want him to be perfect, just free and happy.

This newfound self-awareness has helped him become a true friend to the people he loves, by admitting it's OK that he is flawed, that he can get better, and that other people aren't perfect, either. This whole Sanctuary arc has shown us how strong that mindset can make us, as Subaru has used it to make great strides against impossible odds. He helps Emilia overcome the Trials by helping her come face-to-face with her insecurities like he did, allowing her to enter the Trials knowing that it will hurt to acknowledge the past, but that pain is an important part of growth. He subverts Roswaal's seemingly perfect plans by recognizing that no matter how old and smart Roswaal is, he's still just one man with a book, and no person And, as the capstone for this story, he helps Beatrice by recognizing that her plight isn't so different from his; what she needs isn't someone to come to her rescue, but for her to realize she has all the tools to rescue herself.

It's a perfect conclusion to this part of Beatrice's story because she has said many times that she is waiting for "that person," some mythical hero that will arrive and in no uncertain terms tell her she's finally free. Every time she is uncertain about what to do next, she reflexively flips through her book for instructions, knowing full well it has no answers for her but relying on it anyway because Echidna never told her she could do anything herself and she feels like she failed the one time she did try with Ryuzu. Subaru dispels all of this, knocking down every door in Roswaal's mansion as it burns, telling her explicitly that he is not here to spout platitudes about how he is destined to rescue her. Instead, he tells her in no uncertain terms that he isn't "that person" — "that person" may not exist, but Beatrice can choose of her own free will to help Subaru, help all of her friends, and escape the library prison herself. So she does, using her own powers to transport them out of Roswaal's mansion before it fully collapses, facing the seemingly invincible Great Rabbit with new found confidence.

No other character could have convincingly given this speech to Beatrice, only Subaru has gone through the kind of circumstances she has. This is one shut-in yelling to another, letting her know he has seen the kinds of depths isolation and self-loathing can bring you to. What Rem gave to Subaru by telling him he can start over, Subaru is passing on to Beatrice, giving her back the autonomy she has long forgotten she ever had. Re: ZERO -Starting Life in Another World- understands the seemingly inescapable feedback loop of isolation and self-loathing and responds by showing the power that comes from supporting each other through that and facing the tomorrow that inevitably arrives. It's a powerful moment, and I'm excited to see what Beatrice can accomplish now that she isn't shackled to her insecurities and self-doubt.

Were you touched to finally see Beatrice leave the library? Let us know in the comments below!

David Lynn can be found obsessing over Fate / Grand Order on Twitter @navycherub..