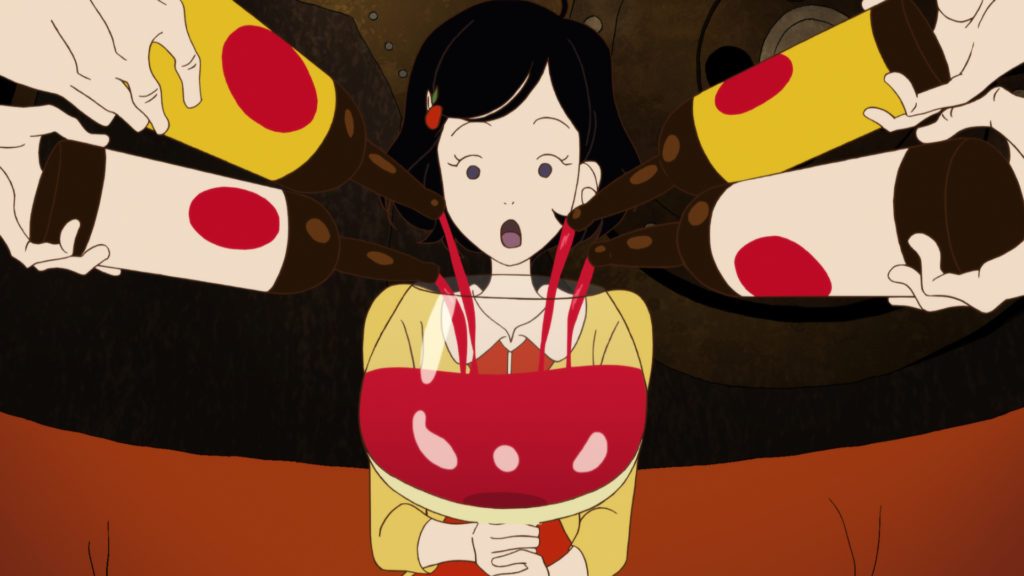 Anime distributor and licensor GKIDS has quietly announced that the previously confirmed premiere of Night Is Short, Walk On Girl on HBO Max This month will not only feature the original Japanese audio with English subtitles, but will also feature a brand-new English dub. The English-dubbed trailer and cast list can be found below:

Check out the #NightIsShort English cast for Masaaki Yuasa's colorful adventure through Kyoto. ✨

THE NIGHT IS SHORT, WALK ON GIRL from Masaaki Yuasa and Science SARU
???? Streaming on @HBOMax Jan. 12 pic.twitter.com/oT3j1Pq1wT

GKIDS previously released the film on home video and digital streaming services in January 2019 and announced the English dub last September during Virtual Crunchyroll Expo, but did not elaborate on further release details at the time. This will make the English dub an HBO Max exclusive, as GKIDS has yet to announce further availability for the English dubbed version.

FEATURE: * Updated * Every Time Subaru Dies in Re: ZERO -Starting Life in Another World-

Editor & # 039; s Note: Death count has been updated as of 12/28/2020 Content and Spoiler Warning: This article contains huge spoilers for Re: ZERO -Starting Life in Another World-. It also contains references to death (in various gruesome flavors), violence, and suicide, so reader discretion is strongly advised. If you & # 039;...

Voice actors Ai Kayano and Nobunaga Shimazaki have lent their talents to a preview video for Musume Janakute Mama ga Sukinano !? ("It's Not My Daughter, But Me That You Love !?"), a "super pure-hearted" romantic comedy light novel series written by Kota Nozomi (When Supernatural Battles Became Commonplace) And illustrated by Giuniu about a...