As revealed during Virtual Crunchyroll Expo 2021, complete with TheAnimeMan as the MC, KADOKAWA The publisher is responding to fan requests and kicking off speedy eBook translation and distribution directly, serving up a bunch of series straight from the source as simulpubs.

These manga simulpub releases will be available via KADOKAWA's online eBook store BOOK WALKER Global and other digital outlets. As for light novels, as soon as they're translated, KADOKAWA plans to start delivering them chapter by chapter.

Titles not yet translated into English but already recognized by fans in the west are at the forefront of this new endeavor, including a starting lineup of seven manga. In October, three new light novel titles will join the list, and KADOKAWA aims to eventually release over 100 titles in this fashion.

Here's what's on the way for manga first:

A Boy Raised by Gods Will Be the Strongest 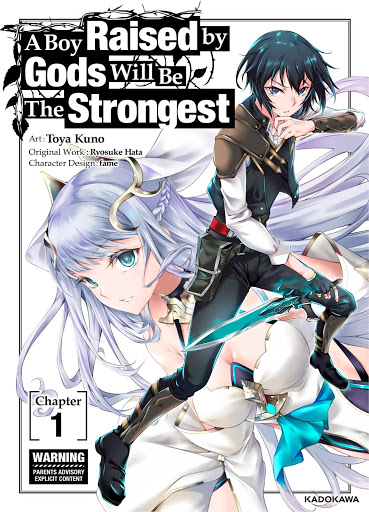 Magic Stone Gourmet: Eating Magical Power Made Me the Strongest

My Little Sister Stole My Fiancé: The Strongest Dragon Favors Me and Plans to Take Over the Kingdom?

The Insipid Prince's Furtive Grab for the Throne

The Lotus Eaters, Drunk and Sober

Starting on August 5, the first three chapters of the manga titles above will be available for free on BOOK WALKER Global.

Higehiro: After Being Rejected, I Shaved and Took in a High School Runaway (official title TBD)

The Insipid Prince's Furtive Grab for the Throne

To keep up with all of this, KADOKAWA is launching digi-pub NEWS social media accounts, which can be found on Twitter and Facebook.

Humanity's final Master and the Servants of Chaldea are facing their biggest threat yet in the new Fate / Grand Order Film. Fully titled Fate / Grand Order: Final Singularity -The Temple of Time: Solomon-, the movie adapts the final part of the popular mobile game's first storyline. While the movie continues its run in...