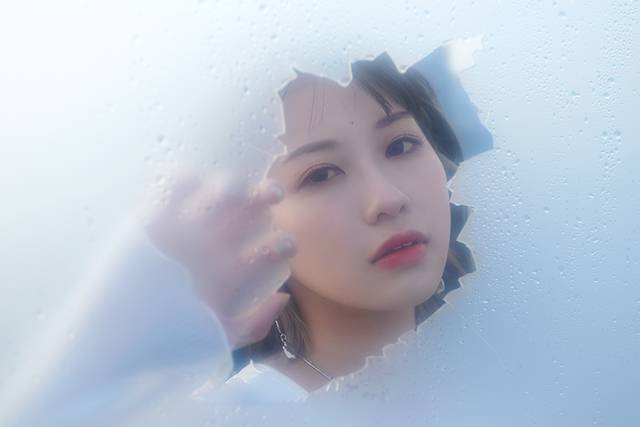 The official website for voice actress/singer-songwriter Tomori Kusunoki, best known as Setsuna Yuki in Love Live! Nijigasaki High School Idol Club, has announced that her forthcoming fourth EP "Yarazu no Ame" is set to be released in Japan on June 1, 2022.

The theme of the four-song album is "rain" and the meaning of its title is "Rain falling as if to stop someone from leaving." She says on Twitter, " While featuring the theme of 'rain,' each song has a different expression, so please look forward to them!"

While working as an anime voice actress (Hazuki Kagimura in Märchen Mädchen, Llenn in Sword Art Online Alternative Gun Gale Online), she made her major debut as a solo singer in August 2019. Including the previous third EP "narrow" released in November 2021, all of her previous EPs ranked in Oricon's weekly single chart top 10.

A lyric video "Sankyou (The skeleton flower)," one of the four songs in the EP, has been streamed on her official YouTube channel. And a lyric song for another song, "Mou Hitokuchi (One more bite)," will be posted on May 12, along with its digital release.

To commemorate the start of the A Couple of Cuckoos TV anime on April 23, Weekly Shonen Magazine, the magazine the manga by Miki Yoshikawa runs in is running an "election" to find which of the four main heroines is best girl. Alongside the poll, the magazine released four wedding visuals of the four heroines in separate...

The Detective Conan anime franchise's 25th feature film Detective Conan: The Bride of Halloween was finally released in Japan on April 15, and its first day box-office revenue was 124 percent of that of the top-grossing film in the series, The Fist of Blue Sapphire. If the momentum continues, the final box-office result...