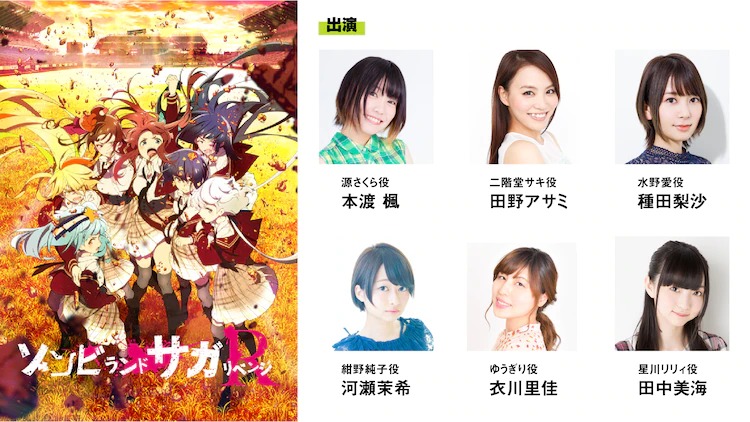 It's been an amazing 10 years since anime studio MAPPA was established, and everyone on staff has been working harder than ever lately. To celebrate this momentous occasion, a MAPPA STAGE 2021 -10th Anniversary- event has been announced for June 27 at J: COM Hall Hachioji in Tokyo.

The list of works being represented at the exhibition include JUJUTSU KAISEN, Attack on Titan Final Season, ZOMBIE LAND SAGA REVENGE, Heion Sedai no Idaten-tachi, and RE-MAIN. Cast and staff members from each project will be on hand, and lottery applications for tickets will be accepted until May 9.

Some of the guests include:

There will also be guests for the July anime Heion Sedai no Idaten-tachi, but more details on that will be revealed at a later date.

Last month, Capcom announced plans to celebrate Resident Evil's 25th anniversary and the upcoming launch of Resident Evil Village With a special showcase stream in April. Now that the month is upon us, Capcom narrowed the timing down to April 15 at 3:00 pm Pacific Time.. Resident Evil fans can watch the 20-minute broadcast—which aims...

After a fascination promotional run teasing a brand-new story, Vivy -Fluorite Eye’s Song- is available to watch. For manga fans, there’s also a web manga adaptation, which kicks off its run today.   The original anime is produced at WIT STUDIO, and is the brainchild of Re:ZERO creator Tappei Nagatsuki and Re:ZERO anime scriptwriter Eiji Umehara. The sci-fi story spans 100 years, and chronicles...