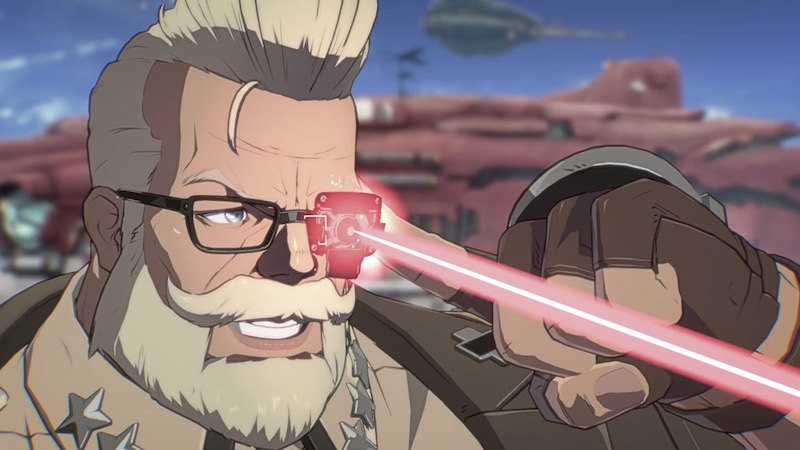 There's nothing quite like a Guilty Gear character, especially when said character is the "first-ever Secretary of Defense in the history of the United States who is also an active-duty military officer." Who could it be but Goldlewis Dickenson, the first DLC character for Guilty Gear: Strive.

Featuring combat prowess that is, and I can't stress this enough, "equivalent to the entire White House Security Force," Goldlewis is due out first for Season Pass 1 owners on July 27. Everyone else will be able to pick up the Secretary of Absolute Defense on July 30.

The next character is scheduled to appear sometime in August, followed by a final 2021 character and more in 2022.

One-Punch Man: A Hero Nobody Knows to End Multiplayer Service in February 2022

It's time to plan your remaining months of multiplayer for One-Punch Man: A Hero Nobody Knows if you're still playing it. The arena brawler originally launched on PS4, Xbox One, and PC on February 27, 2020, and now it's officially set to shut down multiplayer servers on February 28, 2022. All offline modes will still...

After releasing trailers centered on Alphen, Shionne, and Law, Bandai Namco is back with another Tales of Arise character trailer. This one casts a very specific spell with an introduction for Rinwell, who relies on the time-consuming but powerful Astral Artes. Tales of Arise hits PS4, PS5, Xbox One, Xbox Series X | S, and...