Go Back to Shop All CategoriesAnime Otaku NewsBest Anime MoviesCategorized
HomeBlogAnime Otaku NewsOPINION: Step Aside Rem and Emilia, Echidna is the New Best Girl in Town

OPINION: Step Aside Rem and Emilia, Echidna is the New Best Girl in Town

Back in the 2016 spring anime season, it was impossible to go anywhere without seeing the great debate over whether Rem or Emilia was the Best Girl in Re: ZERO -Starting Life in Another World-.. Honestly, any time I think of Re: ZERO I think of these Best Girl debates first. Each character had their strong points. Rem had an extremely emotional monologue and plenty of episodes that helped fans fall for her and Emilia was the main heroine Subaru was in love with. But now this fascinating other world has graced us with a Best Girl in a different league with some pretty unfair advantages Rem and Emilia have had their fun in the limelight, but they definitely have some major competition with the Witch of Greed, Echidna!

What makes Echidna so special? What makes her stand out?

Let ’s put aside for a moment all of the evil bits that come with being a witch and instead take a practical look at the top reason someone like Echidna could easily take the cake as Best Girl. Throughout Re: ZERO a big thing that's plagued Subaru is his inability to share his ability of Return by Death with anyone, and the show knows this. It highlights every moment he wishes he could tell others his struggles in bright fluorescent colors and does the same with one of the best scenes in the second season. The emotional weight lifted in being able to tell someone about his ability and have them believe him without a doubt means a lot to Subaru.

That's not something any girls (save for other witches) can offer. An emotional weight like that can become pretty troublesome, to put it lightly. With Subaru practically being a danger magnet, you can't downplay how important being able to trust someone else enough to let them know about Return by Death can be. With Echidna, there's always someone to confide in when it comes to all of the horrible deaths you suffer and return from. 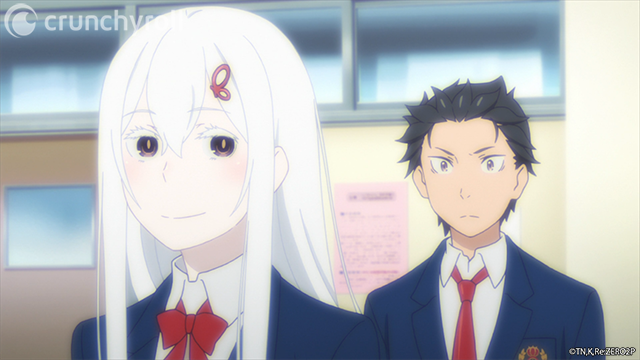 Now that & # 039; s great and all, but there needs to be more to her if we want to go calling Echidna Best girl. She might have an odd way of going about showing it, but she definitely likes Subaru. Despite her big talk about being a witch, Subaru & # 039; s gotten her to blush, leap from her chair in excitement, and even show empathy toward his situation. More than just an asset, she also has a sweet yet smug personality that only Subaru seems to be able to get her to show.

While her intentions may not be the best, she still does have a soft spot in her heart for our hero — whether or not that's because of Subaru & # 039; s Return by Death powers. Offering Subaru help with nothing in return guaranteed, all in a moment of desperation, is proof that Echidna cares for him. By her own words, it's rare for anyone to get more than one invitation to a tea party of hers — making an exception twice doesn't seem like a small feat. She may want to put Subaru through much more death than he & # 039; s already suffered, but she cares! Probably!

But so what? Okay, so Echidna cares about Subaru in her own way and maybe it'd be a huge emotional relief to just have her lend her ear, Rem poured her heart and soul out and even after rejection swears to stand by Subaru's side — That is one heck of a bar to surpass. Sure, Echidna doesn't have an extremely emotional speech, but I'd say the potential emotional growth of learning to care for another person is pretty powerful. I'd also say that the usefulness of having someone willing to share her vast knowledge about the world for your success is pretty great, but there's one more trick Echidna has up her sleeves…

Consider for a moment, that Echidna is very, very pretty. Long, light-colored hair like Emilia? Check. Super pretty dress that she looks very good in? Check. Cool as heck black eyes? Check. I could go on for a while and sure, it's not very difficult to be very, very pretty in a show like Re: ZERO, but if we were talking about old man Rom this would be a lot more difficult of a character to sell in the Best Girl department, wouldn't it? That said, Echidna being very pretty and having some extremely cute reactions is a heck of We truly are dealing with a powerful Best Girl here. Certainly as pretty as Rem and Emilia and certainly has the same level of adorable blushes and charmingly smug smiles as them. 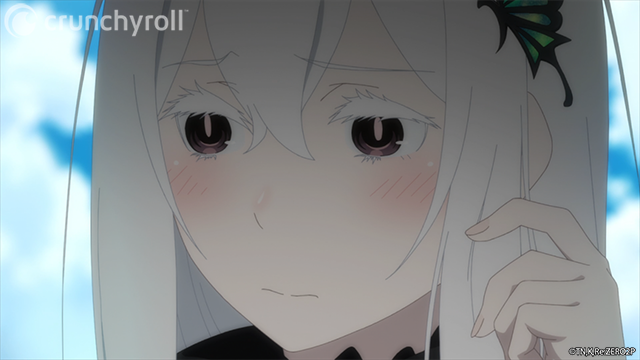 So there we have it. As a recap, Echidna is just as pretty as the other two fan favorites, can alleviate a lot of emotional stress by just lending an ear to Subaru, and has a clear fondness for our hero. While she may have some downsides (you know, like maybe being evil), it & # 039; s obvious the positives easily outweigh them. (Right? Right ??

FEATURE: What You Need To Know Before Re: ZERO Season 2, Part 2!

Spoilers ahead for Re: ZERO Season 2 As any fan knows, Re: ZERO -Starting Life in Another World- The second season aired its first half earlier this year, but so much happened it & # is a show with a sprawling, complex world. Its characters often have much more going on than they seem, and...

FEATURE: * Updated * Every Time Subaru Dies in Re: ZERO -Starting Life in Another World-

Editor & # 039; s Note: Death count has been updated as of 12/28/2020 Content and Spoiler Warning: This article contains huge spoilers for Re: ZERO -Starting Life in Another World-. It also contains references to death (in various gruesome flavors), violence, and suicide, so reader discretion is strongly advised. If you & # 039;...