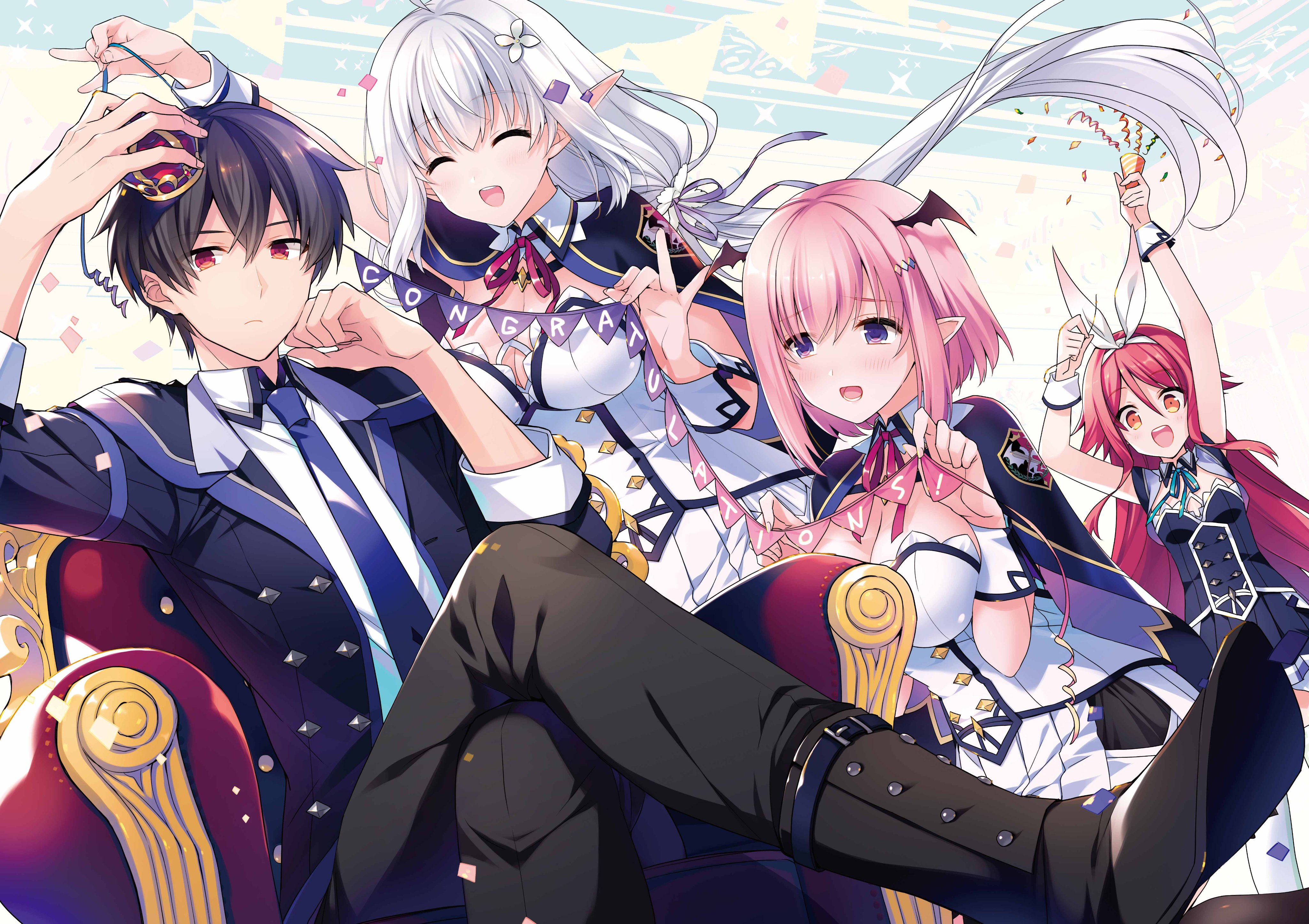 On top of the many announcements made this weekend was the reveal that writer Myojin Katou and illustrator Sao Mizuno's light novel series The Greatest Demon Lord is Reborn as a Typical Nobody is getting an anime adaptationThere aren't any further details at the moment, but the official Fantasia Bunko Twitter account told everyone to look forward to more in a follow-up report.

Yen Press publishes the series in English and describes it like so:

When being mediocre is the best-case scenario.

As the most powerful entity of all time, the Demon Lord Varvatos thinks life is a big fat snore. When he takes matters into his own hands and decides to reincarnate, he calibrates his magical strength to be perfectly average. But there is no way he could have predicted that everyone in the modern world would be weak as hell, which means he is totally overpowered once again! Reborn under the name Ard, he has ladies fawning over him, the royal family begging him to become the next king, and an ex-minion insisting on killing him ?! But Ard has a one-track mind, and he won't stop at anything to achieve his ultimate goal!

"Reincarnated as Villager A, the strongest demon king in history"

Azure Striker Gunvolt 3 Brings the Series to Switch in 2022

Fans of Inti Creates' Azure Striker Gunvolt were treated to some good news this week with the announcement that Azure Striker Gunvolt 3 is set to launch on Switch in 2022. This true sequel to the 3DS eShop titles is currently in the works, and the team recently added Bloodstained: Curse of the Moon series...

Capcom hosted a Monster Hunter Digital Event, taking the opportunity to announce some details about the upcoming release of Monster Hunter Stories 2: Wings of Ruin. The next entry is scheduled to launch on Switch alongside a newly-revealed PC version around the world on July 9.. Capcom also announced plans for a Deluxe Edition that...