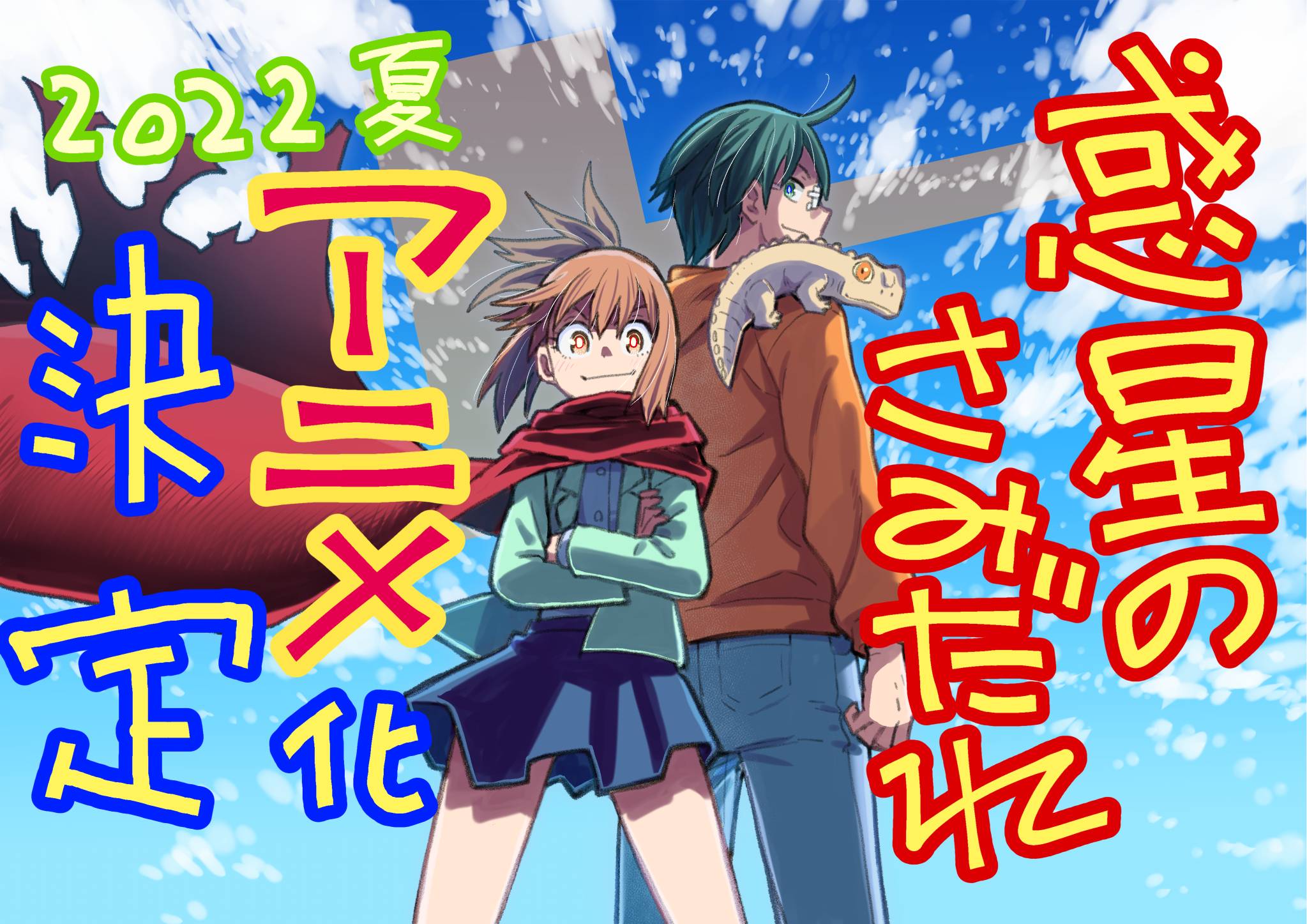 The Lucifer and Biscuit Hammer sent fresh waves through the community after an anime adaptation was announced in January, nearly twelve years after the beloved manga's conclusion. Now, we know just who'll be bringing four of the main characters to life this July:

27 more cast members, a key visual and other info will be revealed on April 16 during a special rebroadcast of Planet With, which was penned by the same creator as The Lucifer and Biscuit Hammer.

Based on the manga by Satoshi Mizukami, The Lucifer and Biscuit Hammer is being directed by Nobuaki Nakanishi (Mangirl!), alongside Yuichiro Momose (So I'm a Spider, So What?) and Mizukami himself on series composition. The studio tasked with animating the long-awaited adaptation, which is scheduled to begin airing in Summer 2022, is yet to be revealed.

Everything about college student Amamiya Yuuhi is average: grades, looks and his blasé outlook on life. So what happens when he awakens one day to a talking lizard, who informs him that there is a gigantic hammer in outer space, poised to split the Earth into pieces, and requests his allegiance in the fight against the forces of evil? Pretend it never happened! Unfortunately for Yuuhi, a little bit of coercion in the form of a super-powered princess prevents him from returning to his mediocre life-as-usual.

In the adventure of his lifetime, Yuuhi will join forces with the unpredictable princess and seek out a motley crew of companions to fight back against an evil mage and his horrifyingly powerful homunculus before the Biscuit Hammer destroys the planet!

For fans of Fullmetal Alchemist, even the slight tease of The Promised Day sends shivers down spines but the first full trailer for the upcoming two-part Fullmetal Alchemist live-action films proudly wears its symbol on its glove teasing the events of the day as they would be depicted in the film and all the horrors that it brings....

The official website for the TV anime AMAIM Warrior at the Borderline has confirmed that its highly-anticipated second part is set to premiere in Japan on April 11, 2022. Its first part was aired for 13 episodes from October to December 2021.   Prior to the premiere, the first 11 minutes of the second...