A Crocodile Who Lived for 100 Days Film Release Delayed 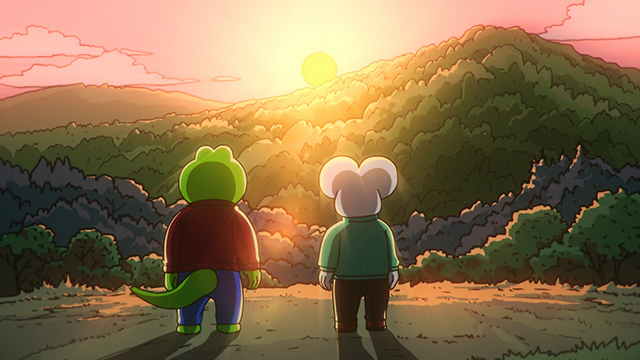 Sadly, the film iteration of A Crocodile Who Will Die in 100 Days Will have to wait a little longer.

It was announced today by Toho and the film's production team that the premiere of the movie, A Crocodile Who Lived for 100 DaysThis is due to, in the words of the announcement, "the spread of the novel coronavirus." An apology was also issued to everyone who has been looking forward to the film.

Yuuki Kikuchi's original 4koma ran from December 14, 2019 to March 20, 2020. As the title suggested, the comic's 100-day run ended with the (offscreen) death of the comic's protagonist, a friendly crocodile with a relatively average life and friend group While many readers were dismayed that the title turned out to be true, the story's ending was a poignant statement on the fleeting nature of life and the importance of simple pleasures.

The film adaptation, directed by Shinichiro Ueda ((One Cut of the Dead), Expands the story to follow the Crocodile's friend group after his passing, as well as the arrival of a new character.

The new release date for A Crocodile Who Lived for 100 Days Will be announced once it has been decided.

IGN spoke with Ryu ga Gotoku Studio executive producer Toshihiro Nagoshi and producer Kazuki Hosokawa about the future of the Yakuza series, and it sounds like fans who enjoyed Yakuza 7 / Yakuza: Like a Dragon are in for a treat. According to the producers, future entries will maintain the turn-based RPG gameplay that was...