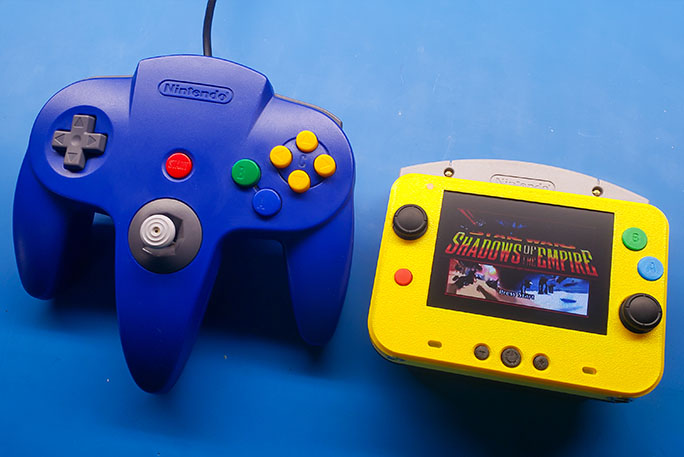 For many people across the world, the allure of holding a Guinness World Record is enough to drive someone to accomplish great things, and even strange things in order to hold a record and be immortalized in the record books.

However, sometimes world records are achieved in the process of pursuing a hobby and craft such as in the case of hardware modder and hobbyist Gunnar Turnquist from Waltham, Massachusetts. In the quest to build a portable Nintendo 64 console to build on his electronics and hardware skills from the age of 13, Turnquist acheived a world record in the process, as demonstrated in the YouTube video below:

As a result of the knowledge gained from years of hardware modification and using techniques such as circuitboard printing and 3D printing he was able to achive the world record for smallest modified Nintendo 64 console and certification from the Guinness World Records board.

There's a mystery afoot, and Shinnosuke will need all the help he can get to solve it! The latest Crayon Shin-Chan Movie, Shrouded in Mystery! The Flowers of Tenkasu Academy Has announced seven more voice actors joining the cast of the 2021 film. Look forward to performances from: Ryou Hirohashi (Minoru Mineta in My Hero...

If you've been looking to up your typing game—or if you just want another way to get your hands on one of those HORI USB keyboards for Switch—SENA Networks' new educational game is right up your alley. While it's currently only listed for Japan, Typing Quest aims to mix JRPG adventuring with keyboard training when...