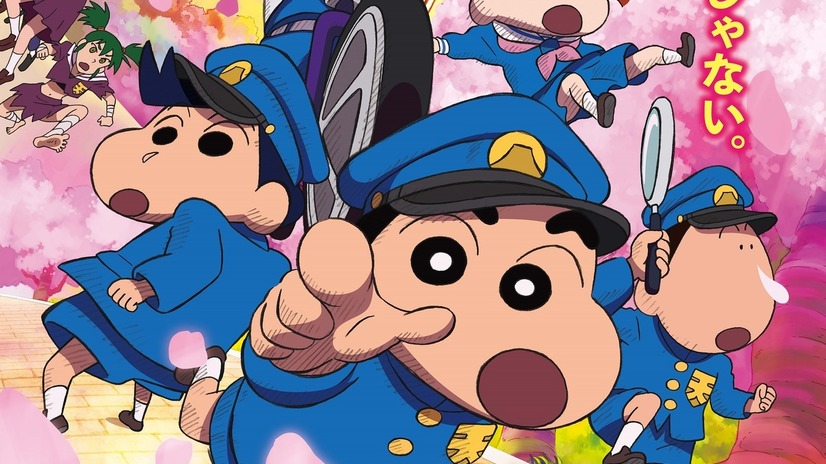 There's a mystery afoot, and Shinnosuke will need all the help he can get to solve it!

The latest Crayon Shin-Chan Movie, Shrouded in Mystery! The Flowers of Tenkasu Academy Has announced seven more voice actors joining the cast of the 2021 film. Look forward to performances from:

Tarô Yamaguchi (Borma in Ghost in the Shell: Stand Alone Complex) as the Tenkasu Academy headmaster

Ayaka Saito (Ruby in the Jewelpet Series) as Nororo

A new poster has also been released for the film, featuring Shinnosuke and friends in the school's uniform:

In the film, Shinnosuke and friends spend a week at the prestigious Tenkatouitsu Kasukabe ("Tenkasu") Private Academy, a school overseen by a sophisticated AI The clever Kazama is attacked and, with his intelligence seemingly drained, the kids team up with the school's student council presudent to find out what's going on.

Crayon Shin-Chan the Movie: Shrouded in Mystery! The Flowers of Tenkasu Academy Premieres in Japan on April 23.

Capcom hosted a Monster Hunter Digital Event, taking the opportunity to announce some details about the upcoming release of Monster Hunter Stories 2: Wings of Ruin. The next entry is scheduled to launch on Switch alongside a newly-revealed PC version around the world on July 9.. Capcom also announced plans for a Deluxe Edition that...

For many people across the world, the allure of holding a Guinness World Record is enough to drive someone to accomplish great things, and even strange things in order to hold a record and be immortalized in the record books. However, sometimes world records are achieved in the process of pursuing a hobby and craft...