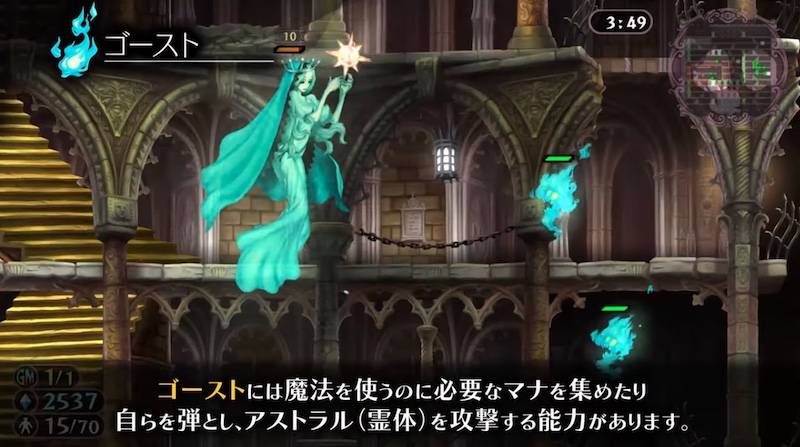 A sixth trailer debuted for GrimGrimoire OnceMore, which updates Vanillaware's 2007 strategy game on PlayStation 4 and Switch. This one is all about the game's Necromancy magic, which is one of four magic classes available to use in the adventure.

See a sample of how Necromancy works ahead of the game's July 28 launch in Japan.

A new magic school student, Lillet Blan enters a prestigious magic school at the Silver Star Tower. She has a big dream of becoming a great magician whom her little brothers would look up to. After her first five days at the school, she finds herself being trapped in loops of time; everybody except her was gone, then, she is brought back to the first day of school by this wicked time trap. Now, she must solve the mystery with the help of elves, fairies, and other familiars before it's too late.

With Date A Live IV coming to a close with its 12th episode, it's time to look ahead to the future of the series. The official Twitter account came through with the reveal for Date A Live V, pairing the announcement with a new illustration by original character designer Tsunako.   RELATED: Kurumi Takes...

What do you do when you're a kid in a world haunted by digital monsters? Frankly — disco.   Digimon Ghost Game will be getting a new ending theme starting with episode 32, replacing current ending theme "Hikariau Monotachi" by Bye-Bye Hand.   The song, titled "Monster Disco," is written and performed by Shikao Suga. The composer and...