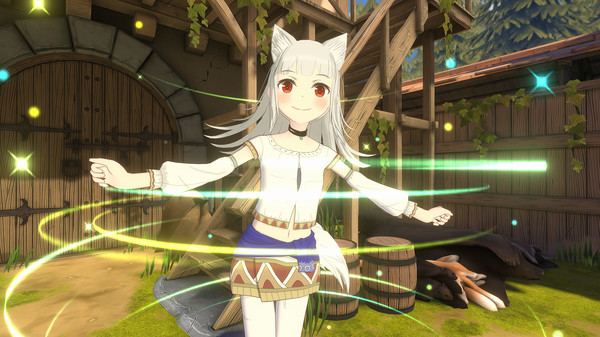 Return to the world of Spice and Wolf Next week as a VR sequel launches on Steam!

Spice and Wolf VR 2 Picks up where the first VR game left off. You play as Lawrence, the story's industrious hero who's settled down with wolf goddess Holo.

A PV was released earlier this year, showing the immersive world of the village and the family's hot spring:

At the end of his journey with the wolf goddess Holo, former traveling merchant Lawrence settled down with her and opened a bathhouse.

The couple was blessed with an adorable daughter and an idyllic life.

However, the beautiful wolves have a weakness for delicious meals and their food expenses are a source of headaches for Lawrence.

One day, as Lawrence is going about his fur side business to further fill the family ’s coffers, a slight incident occurs.

To further complicate things, Holo saunters in with quite the feast.

The game has a 30 minute story and a game mode where you can watch part of the anime alongside its characters in the style of Japanese paper street theater.

A peaceful life in the bathhouse with wolfgirls awaits.

You can enjoy the game and view the included anime without a VR headset in its Non-VR Mode. 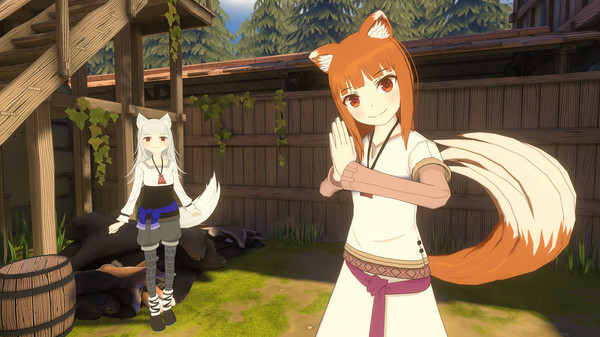 The game will feature Japanese voice acting with language support and subtitles in Japanese, English, and Traditional and Simplified Chinese.

Spice and Wolf VR 2 Launches on Steam on December 10..

QUIZ: How Much Do You Know About Attack on Titan?

Attack on Titan is nearing its Final Season, meaning that this monumental series is coming to a close. A lot has happened during the past three seasons, though — numerous cool titans, countless characters, and a handful of twists that probably caught you off guard, or at least kept you on the edge of your...

Funko Pop! Collectors, get ready to make your toy shelves absolutely terrifying. A new line of the big-headed action figures is on its way, featuring characters from the works of horror manga-ka Junji ito. Inspired by the anthology series Junji ito Collection, the set covers all the greats: the beautiful but deadly Tomie, the cursed...