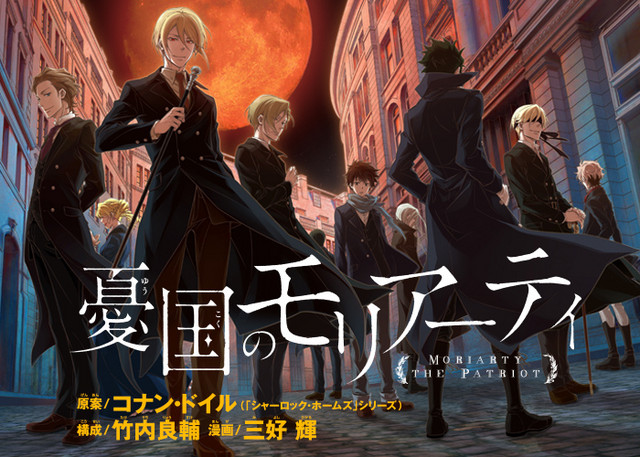 Announced during the stage for the series at Jump Festa 2020 on December 22, the manga series, Moriarty the Patriot, based off the old Sir Arthur Conan Doyle Sherlock Holmes book series, will be getting a TV anime adaptation.The manga is written by Ryosuke Takeuchi, with Hikaru Miyoshi illustrating the series and Takuma Yui editing at Jump SQ.A key visual will be released in the next Jump SQ issue on sale on January 4.

Moriarty the Patriot follows the nemesis of Sherlock Holmes, Professor James Moriarty, in Victorian England. Moriarty and his brother, William Moriarty, get adopted into a family of nobles due to Moriarty ’s intellect.He and his brother decide that they must get rid of the social class in Victorian England and turn to a life of crime, bringing them into the crosshairs of Sherlock Holmes. The series retells the classic Sherlock Holmes Book series from the point of view of Moriarty.

The manga was adapted to a stage play earlier in 2019.It was announced during the stage that the musical will be adopting a “Part 2” of the series in Tokyo in July and Kyoto in August. Moriarty the Patriot has been running in Jump SQ since August 2016. 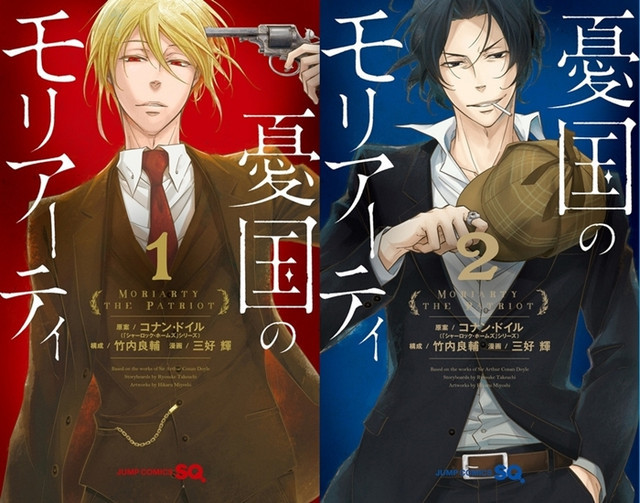 No staff, studio, or voice actors have been announced for the TV anime as of yet, but they did say it was a “Well-known animation studio.” Takeuchi, Miyoshi, and Yui joked during the stage that the animation studio is “Production N.G. (not good).” N.G.is usually used in Japanese when something is n’t allowed to be said.

During a stage at Jump Festa 2020 on December 21, it was announced that Jump SQ manga series, Kemono Jihen, will be getting a TV anime adaption.The series, by manga author Sho Aimoto, has been serialized in the monthly magazine since December 2016 and has 9 collected volumes on sale as of December 2019. The...

To commemorate the 20th anniversary of her show business activities, 28-year-old anime voice actress Riho Iida, best known as Rin Hoshizora in the Love Live! franchise and as a member of its VA unit μ's, released a new photo book "Eien to Isshun" (Eternity and A Moment) from Tokyo News Tsushinsha on December 20 and...