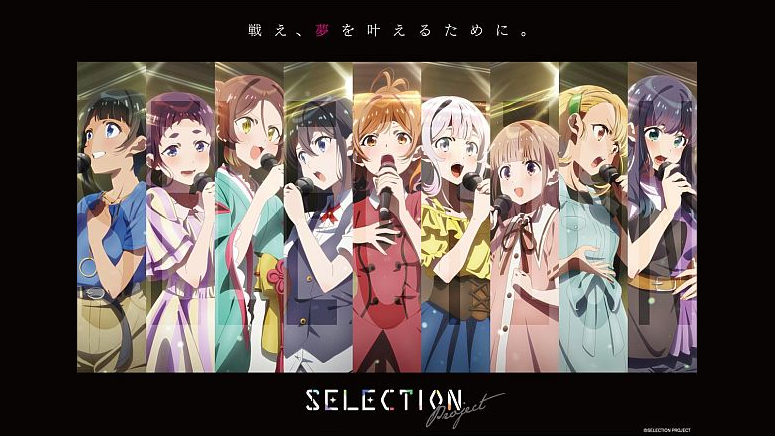 Kadokawa is preparing to bring the world of talent reality shows to anime. SELECTION PROJECT Is a planned media mix project focusing on nine upcoming idols, and the anime adaptation now has a PV showing off the hopefuls in the fictional competition.

Directed by Daisuke Hiramaki ((NEW GAME!) At Doga Kobo and scripted by Yūya Takahashi ((Lupine the 3rd Part IV), The series focuses on national idol reality show "Selection Project." Hopeful idol Suzune dreams of being an idol, and enters the seventh annual contest for a chance at stardom. Along with eight other girls who won regional qualifiers, she'll go on to compete at the top level.

Check out the new PV showing the nine competitors:

An official website Has also opened for the project, featuring character art and profiles. No voice actresses have yet been connected to the fictional idol hopefuls.

The anime iteration of SELECTION PROJECT Is due to premiere sometime in 2021.

Funko Pop! Collectors, get ready to make your toy shelves absolutely terrifying. A new line of the big-headed action figures is on its way, featuring characters from the works of horror manga-ka Junji ito. Inspired by the anthology series Junji ito Collection, the set covers all the greats: the beautiful but deadly Tomie, the cursed...

FEATURE: Everything You Need to Know About Attack on Titan Before the Final Season

* Be sure to catch up on Attack on Titan before the Final Season starts December 7th! All episodes are streaming here. * Attack on Titan fans, rejoice: we're about to witness the explosive conclusion to a thrilling journey that first began in 2009 with the first chapter of the manga, and was expanded on...