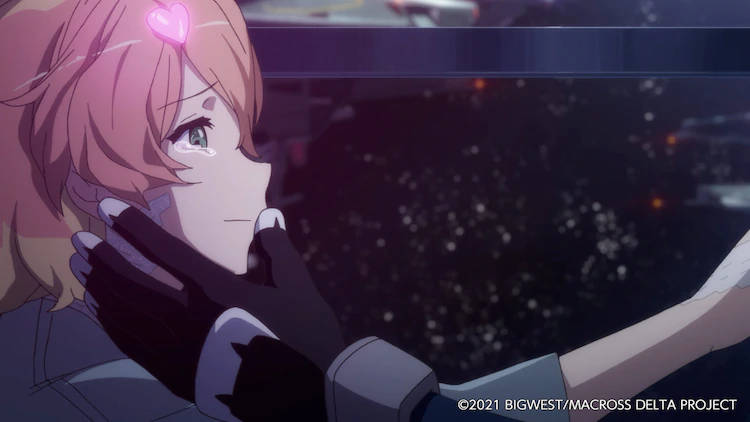 The Macross franchise The latest raft of announcements for the music-filled space opera series include not only a trailer and details for its next film, but also details on an upcoming concert and a poll for a crossover album.

At the top of the list is the new trailer for Macross Delta the Movie: Zettai LIVE !!!!!! The upcoming film, a sequel to 2018's Passionate Walküre, will be paired with a new Macross Frontier short subtitled Labyrinth of TimeWhile a specific date is not yet available, a fall 2021 release date has been confirmed.

Check out the trailer, featuring a sample of film insert song "Glow in the dark":

Tickets for the upcoming film go on sale July 9. Starting August 2, buyers can get one of ten special edition bromides when purchasing their tickets at participating locations. More will be added August 12 and September 18. More information is available via the Macross portal..

Also this fall, singers May'n (The singing voice of Sheryl Nome) and Megumi Nakajima (The voice of Ranka Lee) will be teaming up for a live concert at Chiba's Makuhari Messe Event Hall. SANKYO Presents Macross F Galaxy Live 2021 [Revenge] ~ We're Not Done Yet! Listen to Our Song !! ~ Will reunite the stars for two performances — November 9 & 10Tickets go on sale soon.

The Frontier Throwbacks continue with a new poll Where fans can help choose songs for an upcoming crossover project. Choose Macross Delta Tunes you'd like to hear Ranka and Sheryl cover, and Macross Frontier tunes you'd like to hear Walküre cover. You can choose up to three total, with the top-voted songs in line to be performed by the anime idols. An email address is required to vote, and you can vote once a week from the same email address. Polls close September 5..

Maddrax by Various Authors with Cover Art by Nestor Taylor When a comet struck Earth, Matthew Drax found himself sent 500 years into the future –only to find civilization in ruins. In a world filled with barbarians, hostile mutants, and lost technology, Drax and co. Cross the globe in search of adventure. Having recently saved...

Before Tales of Arise launches on September 10, Bandai Namco is here to show off the opening movie, which features animation by Fate and Demon Slayer studio ufotableCheck out the preview set to the tune of Kankaku Piero's theme song, "Hibana," below. For more opening goodness, the official YouTube shared a 25th anniversary opening movie...