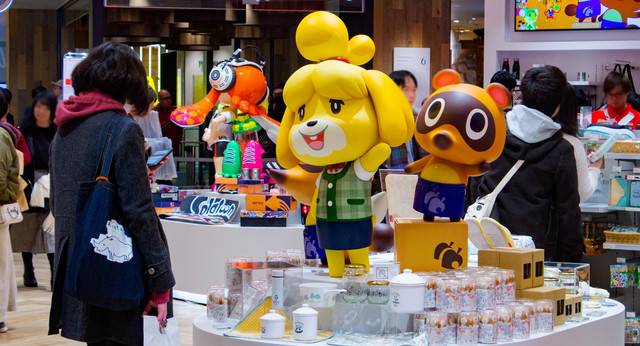 Nintendo announced last night that its self-run store in Tokyo has had to temporarily close from March 2 due to a COVID-19 outbreak among the staff of the store, with three staffers currently confirmed to have tested positive for the disease. There's no word yet on when the store will re-open, but Nintendo is working with local health centers as well as sanitizing and disinfecting the entire store to get it open as soon as possible.

Nintendo Store Tokyo is the first self-managed Nintendo store in Japan and opened in Shibuya Parco on November 22, 2019. A second shop is set to open in Osaka's Daimaru Umeda department store by the end of 2022.

Image from Love Live! Superstar!!   The official Love Live! website revealed today – the day after the Love Live! Nijigasaki High School Idol Club 4th Live! ～Love the Life We Live～ which announced more details on the second season of that group's TV anime – that a brand new Love Live! group will be debuting in Fall...

Johnny & Associates' male idol group Snow Man has released a music video for their sixth single song "Brother Beat" to be released on March 30, which will be featured as the theme song for the forthcoming live-action film adaptation of the Osomatsu-san / Mr. Osomatsu anime series. As reported, the unit's all nine members...