Go Back to Shop All CategoriesAnime Otaku NewsBest Anime MoviesCategorized
HomeBlogAnime Otaku NewsSecond And Final Trailer For Fafner In The Azure: The Beyond Anime's Three Remaining Episodes Released

Second And Final Trailer For Fafner In The Azure: The Beyond Anime's Three Remaining Episodes Released 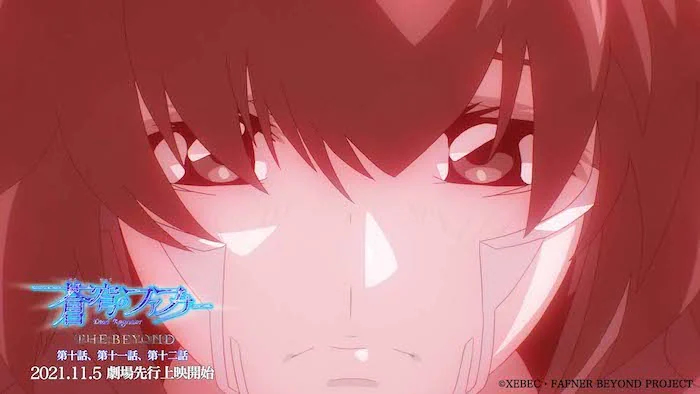 The ofifcial YouTube channel for the Fafner franchise has released the second and final trailer for the ongoing Fafner The BEYOND anime project, detailing the forthcoming premiere of the 10th, 11th and 12th episodes in the series. During the first three weeks of the atrical run, attendees can receive one of nine different and randomly distributed mini illustration boards. The first three boards will feature Soushi Minashiro, Miwa Hino, and Maya Tōmi as drawn by character designer Hisashi Hirai, with more designs to be revealed closer to the atrical premiere. will also be able to purchase a variety of tie-in merch in selected theaters and via mail-order.

Along with the bonus for the theatrical screenings, selected screenings at 29 theaters across Japan will offer stage greetings by the cast members on November 6th via live stream. Cast members Kohei Kiyasu (Soushi), Makoto Ishii (Kazuki), and Sumire Morohoshi (Miwa) will appear in-person at Tokyo's Grand Cinema Sunshine Ikebukuro along with theme song artists angela to greet attendees prior to premiere of the final episodes.

Sherlock Holmes-inspired manga and anime Moriarty the Patriot Has a big few months ahead. With the final Blu-ray of the series out, there's an OVA on the horizon, to be screened at a special event in March. To keep the steam hype engine rolling, Shinjuku's Metro Promenade will be showing off a series of 15...

Dropkick on My Devil! Event in Hokkaido on November 7 is Canceled due to Arson and Death Threats

The official website for the Dropkick on My Devil! anime franchise announced on October 29 that “Thank You Dropkick! in Sapporo,” a live event that was scheduled to be held at the Odori Park Hall in Hokkaido Adachi Academy in Sapporo-city, Hokkaido, on November 7, has been canceled due to arson and death threats.    The...