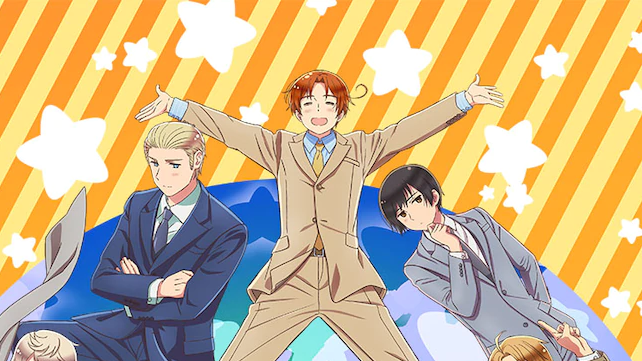 Hetalia: World Stars Has just kicked off its run in Japan, and there's still more news rolling in about the fresh new sequel. Today, we learned that Luxembourg Will finally be making his anime debut!

The supporting character will be voiced by Taku Yashiro (Iskahn in Sword Art Online Alicization). The elegant character has a familial relationship with Belgium (CV Eriko Nakamura) and the Netherlands (CV Nobuya Mine), which we can look forward to seeing explored in the anime.

An anime design has also appeared for Luxembourg:

Hetalia: World Stars Is the fifth ONA in the series, based on the manga series of the same name by Hidekaz Himaruya. It streams this season exclusively on Funimation.

PS3, PSP, and PS Vita PlayStation Stores to Shut Down This Summer

Players recently got word that the PlayStation Stores would be shutting down for PS3, PSP, and PS Vita, and now Sony has followed through with confirmation. Both the PlayStation 3 and PSP shops will officially close on July 2, followed by the PS Vita PSN Store on August 27. Sony shared the update in an...

Atelier fans will soon get to dive into the series' free-to-play mobile outing, because Atelier Online: Alchemist of Bressisle is coming west. Boltrend Games announced plans to bring the NHN PlayArt-developed RPG over, and shared an English trailer to go along with the announcement. Check out the preview below, and look for this one to...